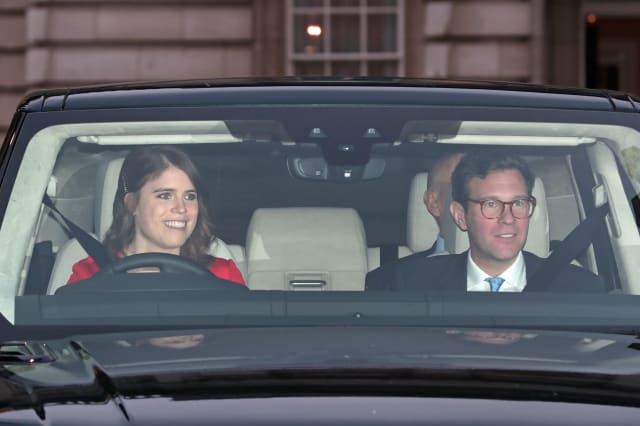 Princess Eugenie has been helping package parcels for food banks alongside her husband Jack Brooksbank.

The princess, who is the Queen’s sixth grandchild, revealed they “jumped at the chance” to volunteer with the Salvation Army charity to help those struggling financially.

The youngest daughter of the Duke of York and Sarah, Duchess of York, said in an Instagram post on Wednesday: “Since 1865 the Salvation Army has been there with open doors to help so many people.

“In the past few years I have witnessed first hand their dedication and hard work, so when they invited Jack and I to their newly-created hub to pack boxes, we jumped at the chance.

“As a group of volunteers we helped pack trolleys of food that are then taken and distributed to the Army’s hugely important and much-needed food banks that feed thousands across the UK.

“Their message is key – their doors are open, always have been and always will be.”

The princess celebrated her 30th birthday on March 23, the day lockdown was announced in the UK, and she has also used her Instagram platform to encourage the weekly national round of applause for NHS workers.

She is a patron of several charities including the Elephant Family, the Teenage Cancer Trust, the Coronet Theatre and the European School of Osteopathy.