No apparent surge in travel as lockdown measures eased 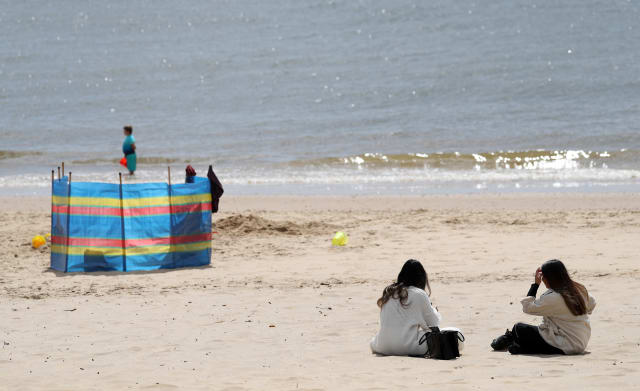 The easing of lockdown measures in England appears not to have triggered an immediate surge in travel as some people returned to work and previously restricted leisure activities.

Initial data published on Wednesday indicated small increases in road traffic across the country, but concerns were raised about crowding on public transport in London.

There appeared to be no initial reports of an influx of visitors in beauty spots like the Lake District, with people now permitted to travel to the countryside alone or with members of their households.

Transport for London (TfL) said the number of passengers using the Tube between 4am and 10am on Wednesday was up by 7.3% compared with the same period last week – a rise equating to nearly 5,700 journeys.

An official spokesman for Prime Minister Boris Johnson said there had been no “significant” increase in travel on the capital’s network.

Earlier in the day Transport Secretary Grant Shapps urged people not to “flood back” on to public transport, but the Rail, Maritime and Transport (RMT) union warned that the Government’s back to work message was “fraught with danger” amid reports of packed carriages.

Under the latest guidance, people who cannot work from home are encouraged to return to workplaces if it is safe to do so.

A manager at the quiet Waterloo station said that footfall throughout the coronavirus crisis had been around 5% of normal, and had risen to around 10% on Wednesday morning.

He said some 50,000 people per hour usually pass through the station during peak times in normal circumstances.

Out on the roads, data published by location technology firm TomTom showed that the level of congestion in the capital at 8am on Wednesday was 19%, up from 17% a week earlier.

England’s national parks had already urged caution for visitors planning to return from Wednesday – with some still telling people to stay away.

Visitors were warned that many facilities such as car parks, visitor centres and public toilets, as well as cafes and pubs, are not yet open.

A Local Government Association (LGA) spokesman also said on Wednesday that local councils were reviewing car parking provision, but would “balance this against avoiding the gathering of large crowds where social distancing will be difficult to maintain”.

Spokesmen for the Lake District, Peak District and Yorkshire Dales national parks suggested on Wednesday afternoon that it was too early to tell, or they were waiting to speak to rangers to see if visitor numbers had changed as lockdown measures eased.

But in the Lake District it appeared the ‘stay away’ request from local politicians and public officials was being heeded.

In Windermere, Bowness, Grassmere and Keswick, there was no influx of visitors to places popular with tourists, with shops, bars and restaurants all shuttered.

Locals suggested the situation may change at the weekend and as the days and weeks progress.

Tim Farron, MP for Westmorland and Lonsdale, has written to Mr Johnson calling for there to be a maximum limit on the number of miles people can drive for exercise to help stop a surge in people travelling to the Lake District from outside of Cumbria.

On Wednesday Mr Farron said: It’s good to hear that today so many people are heeding the advice from Cumbria Police, Cumbria Tourism and local health officials to not travel to Cumbria.

“Of course, our main concern is what happens at the weekend.”

Colin Cox, Cumbria’s Director of Public Health, said: “I’d urge people to really consider whether a visit to the Lake District is the right thing to do at the current time.”