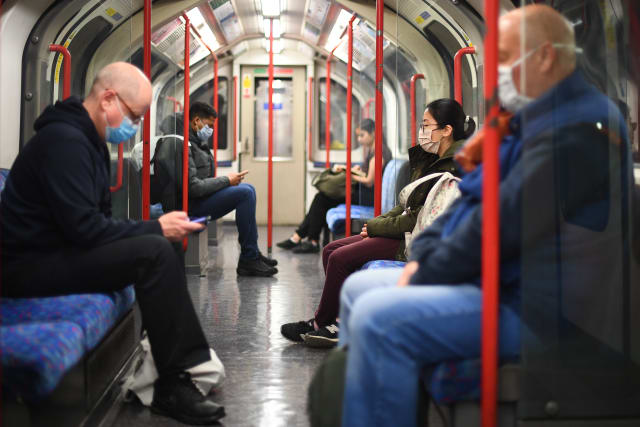 Ministers have defended the easing of coronavirus lockdown restrictions in England amid signs of confusion and anger over the new rules.

Mr Shapps said the Government is adopting a cautious approach – and that restrictions will be reimposed if the transmission rate of the disease picks up again.

“We must understand, we have done so well in the last eight weeks we cannot throw that all away, and so these are baby steps,” he told BBC Breakfast.

“Somewhere there has to be a line drawn where we say ‘This is OK, but this isn’t’, in order to gradually release things. And this is where that line is at the moment.”

They will also be able to meet one other person from another household in a public space, as long as the two-metre rule is respected, while golf clubs, tennis courts and angling have also been given the green light.

“We are asking people to be very sensible and not flood back to public transport. Even with all the trains and buses back to running when they are, there will not be enough space. One in 10 people will be able to travel without overcrowding,” he told Sky News.

“It is very important that we enable enough space on public transport for key workers, people who have no other option.

“It is very important that people don’t overcrowd that system that will be extremely restricted for the time being.”

The Government has announced an increase in fines for those who break the rules, which will now start at £100 in England, and will double on each further repeat offence up to £3,200.

“The efforts of the public mean police officers have rarely had to enforce the government regulations so far. I am confident the vast majority will continue to do their bit and follow guidance in this next stage,” he said.

“We are all now able to spend much more time outdoors and each of us need to take responsibility for doing that within the social restrictions set out by the Government.

“Our approach will continue to use common sense and discretion, and to engage, explain, encourage and, only as a last resort, enforce.”