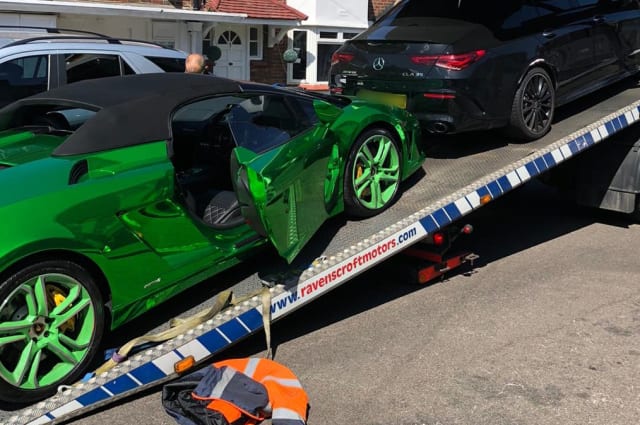 A lurid green Lamborghini was among three cars seized as part of raids on a suspected county lines drugs gang.

The sports car, worth more than £60,000, was removed along with two Mercedes during a police operation on Tuesday.

They also searched a business address in Beulah Road, Croydon.

Five people were arrested on suspicion of conspiracy to supply Class A drugs in the joint raids by the Metropolitan and Hampshire police forces.

Both forces were investigating a suspected county lines network operating between the capital and Hampshire.

Chief Inspector Mark Lynch, from Hampshire Police, said: "The threat from county lines drug dealing continues to present a significant risk to vulnerable children and adults living within Hampshire, despite the current Covid-19 restrictions the country finds itself in.

"Tackling organised crime in all its various guises remains our core focus and operations to disrupt criminals who attempt to profit from drug dealing will continue."