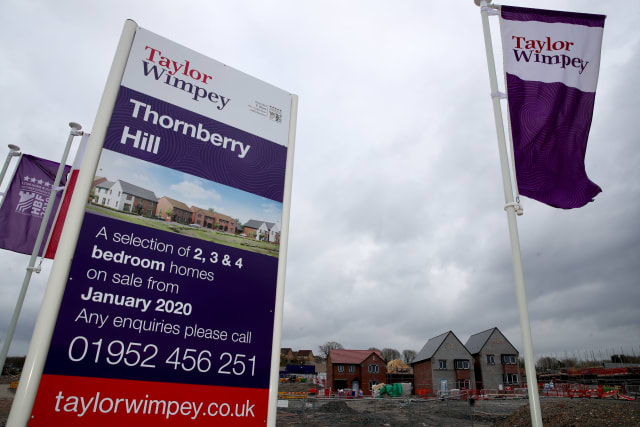 Two of Britain’s biggest housebuilders have announced plans to remobilise a day after the Government told estate agents they could begin house viewings again.

Crest Nicholson said it would restart construction on its sites from next Monday, after similar moves from its rivals to do the same.

It will give the company enough time to properly train its staff and make adjustments to safety on the sites, which have been closed since the start of April.

Taylor Wimpey, which has already restarted construction, said its show homes and sales centres would start opening again from next Friday.

Customers will be able to pre-book appointments, the housebuilder said.

It said that construction has already restarted on a majority of its sites in England and Wales.

On Tuesday the Government said that viewing property and visiting estate agents could be on the cards again as lockdown measures are relaxed.

“This relaxation of the rules by Government and the clear desire to reopen the housing market is very welcome,” said chief executive Pete Redfern.

“However, we believe that it is our responsibility to apply these rules carefully and protect the health of our customers and employees.

“Our people are looking forward to being able to welcome customers to their sales offices and show homes, energised by new skills developed in serving customers digitally over the last seven weeks.”

Around £82 billion of transactions are thought to be on hold in the property market.

Taylor Wimpey said that its sales rates had remained stable since it announced plans to restart construction three weeks ago. There have been signs of increased activity in the last week.

It sold 408 homes during the lockdown period, and has an order book worth around £2.7 billion.

Most of its furloughed sales staff will be recalled by May 18, with the majority of other furloughed workers back before the end of the month.