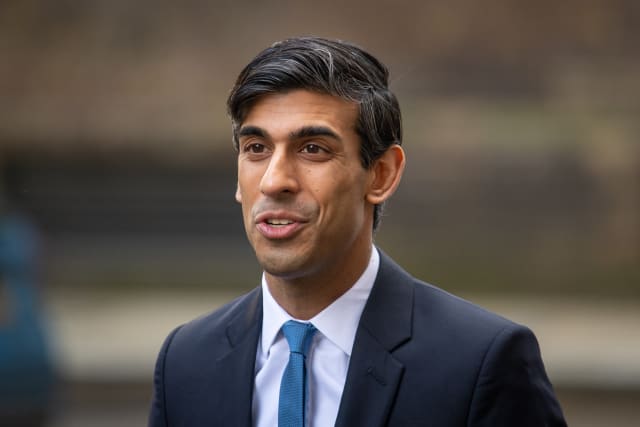 Chancellor of the Exchequer Rishi Sunak accidentally voted against the Government in a virtual vote on the Agriculture Bill.

Mr Sunak was among a “small number” of MPs who voted the wrong way as the new Commons remote voting procedure had its second outing.

The division list showed 22 Conservative MPs voted for the rebel amendment to the Bill, although they included Mr Sunak.

It is expected he was among those who mistakenly voted the wrong way rather than decided to rebel.

After she announced the result of the vote, Deputy Commons Speaker Dame Eleanor Laing said: “I have been informed that there are a number of members, a small number of members, who have inadvertently cast their votes by electronic means in the opposite way to the way in which they had intended to vote.

“I’m informed that their use of technology was not quite as good as they felt that it ought to be and that a few members have made a mistake.

“There is no provision under the current temporary system by which a member can change their vote once it has been cast.

“But I am satisfied that even if a small number of votes had been cast in a different way, it does not affect the result of the division.”

The new temporary hybrid proceedings were introduced last month and have seen most MPs taking part in debates via webcam.

The voting system had its debut on Tuesday night with a “test” vote asking whether or not MPs believed the House had considered Covid-19 following a two-day debate on the pandemic.