The world's shortest living man who is able to walk has regained a Guinness World Record title.

He originally gained the title of the world's shortest living man in April 2010 when he measured 70.21cm at the age of 23.

However, six months later the title passed to Khagendra Thapa Magar, who was 67.08cm when he turned 18.

The title later passed to Chandra Bahadur Dangi, who was 54.6cm.

After Mr Dangi's death in September 2015, the title was split into two categories, mobile and non-mobile, based on whether the record holder is able to walk unaided. 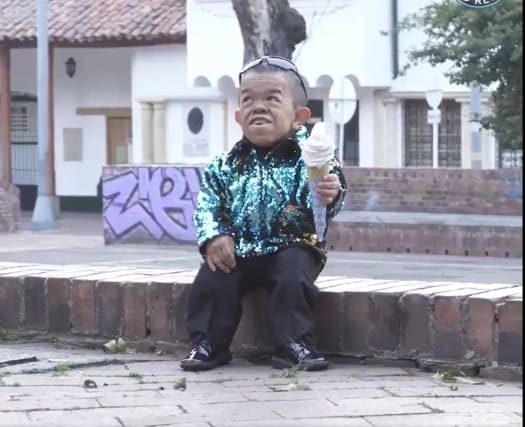 He was presented with the new title at a medical clinic in Bogota, Colombia, before social distancing was enforced.

He was given the title by Natalia Ramirez, Guinness World Records Latin America adjudicator, alongside his family and orthopaedist.

Mr Hernandez was only diagnosed with severe hypothyroidism in his early 20s.

After receiving his new title, the 34-year-old said: "I use my smile to conquer the world! I always share my big smile with everyone; that's my charm.

"I can achieve everything I propose to myself. Everything is possible. Size and height don't matter.

"I want people to meet who I truly am, small in size, big in heart!"

The title of the shortest living man who is non-mobile is held by Junrey Balawing, from the Philippines.

Mr Balawing is 59.93cm (1 ft 11.5 in) and is unable to walk or stand unaided due to the medical condition osteogenesis imperfecta.