Vodafone holds onto dividend as it swings into profit 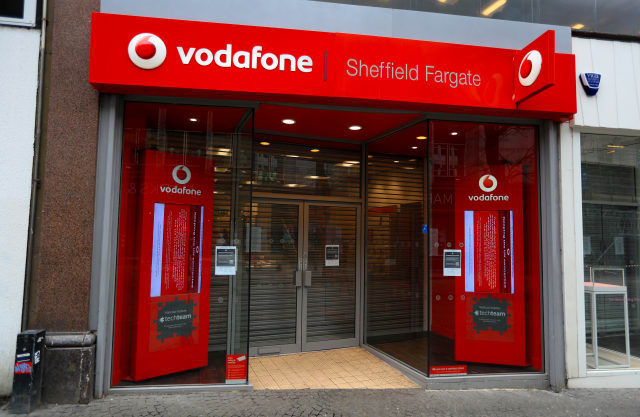 Vodafone bounced back from a multibillion-euro loss to post a profit in its most recent financial year, the company revealed on Tuesday.

Bosses were able to hold onto a nine euro cent dividend, even as many companies decide to slash theirs in the face of coronavirus turmoil.

Chief executive Nick Read revealed that pre-tax profit was 795 million euro (£697 million) in the 2020 financial year which finished at the end of March. It comes on revenue of nearly 45 billion euro (£39 billion), up 3%.

It is a major change from the 2.6 billion euro (£2.3 billion) pre-tax loss that the telecoms giant presented just a year ago.

However, revenue fell slightly below the 45.4 billion euro (£39.8 billion) that analysts had forecast.

Adjusted Ebitda (earnings before interest, tax depreciation and amortisation), was 14.9 billion euro (£13.1 billion), in the middle of the company’s guided range.

The company said that it had managed to attract four million customers to its unlimited mobile data plans after launching a speed-tiered unlimited plans in six of its markets.

It also launched 5G in 97 cities in eight European countries.

Mr Read added: “We have also continued to invest in our fixed and mobile Gigabit network infrastructure and digital services, to provide faster speeds for our customers, as well as successfully managing the recent surges in demand. The services Vodafone provides are more important than ever and we are committed to playing a key role in society’s recovery to the ‘new normal’.

Vodafone said that 6.5 billion euro of its revenue (£5.7 billion) came from the UK, a 3% rise. Germany remains its biggest market, making the firm 12 billion euro of revenue last year.

The company has helped connect hospitals across Europe curing the Covid-19 pandemic, including donating tablets and Sim cards in several countries.

“I am pleased with the rapid, comprehensive and co-ordinated way we responded to the Covid-19 crisis,” Mr Read said.

He added: “I want to give my personal thanks to the entire Vodafone team, who through their dedication, expertise and professionalism, have kept families, friends and communities connected, enabled students to continue their education, helped businesses operate and pro-actively supported governments to deliver critical services.”