US claims its decision on Anne Sacoolas extradition is final 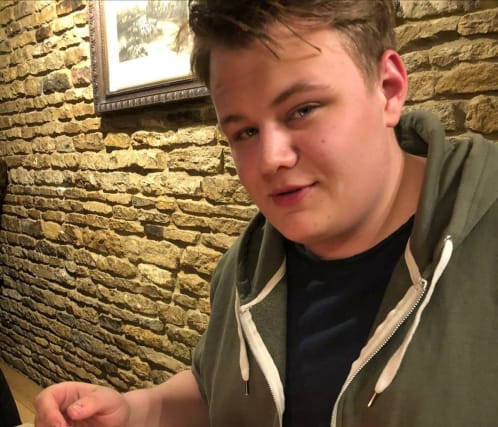 The US State Department has said the decision to refuse an extradition request for Harry Dunn’s alleged killer was final, amid claims of an Interpol Red Notice being issued for her arrest.

The teenage motorcyclist’s family were told by Northamptonshire Police on Monday that 42-year-old Anne Sacoolas was “wanted internationally” in connection with his death.

In an email to the 19-year-old’s parents, seen by the PA news agency, the force said “the wanted circulations should be enacted” if Sacoolas left the US.

But a spokeswoman for the US State Department maintained the position that the suspect had diplomatic immunity from criminal jurisdiction.

She said that granting the extradition request for Sacoolas would have rendered the invocation of diplomatic immunity a practical nullity and would have set an extraordinarily troubling precedent.

The spokeswoman added that US secretary of state Mike Pompeo’s decision to decline the UK’s request for extradition was final.

Sacoolas, the wife of a US intelligence official based at RAF Croughton, claimed diplomatic immunity following the crash and was able to return to her home country, sparking an international outcry.

She was charged with causing death by dangerous driving in December but the extradition request from the Home Office was rejected the following month.

On Monday the Dunn family spokesman Radd Seiger tweeted to say: “For those slightly confused, I can confirm that Interpol have circulated a Red Notice in respect of Anne Sacoolas.”

According to Interpol’s website, a Red Notice is a request to law enforcement worldwide to locate and provisionally arrest a person pending extradition, surrender or similar legal action.

The Red Notice is not an international arrest warrant, but is issued for fugitives wanted for prosecution or sentencing.

The process is normally used so member countries can look out for the suspect, which usually assists with extradition proceedings.

Upon hearing the news, Mr Dunn’s mother Charlotte Charles told PA: “It’s been a terrible time for us. We are utterly bereft and heartbroken and miss our Harry every minute of every single day.

“This is important news that Radd has just passed on to us and we are in pieces.

“I just want to urge Mrs Sacoolas to come back to the UK and do the right thing. Face justice and maybe then our two families can come together after the tragedy and build a bridge.”

The spokeswoman for the State Department said the US has a history of close law enforcement co-operation with the UK, and values that relationship.

She added that since the tragic accident occurred, the US has been closely engaged with the UK Government, and has been transparent about positions on legal and diplomatic matters concerning the accident.

Mr Seiger said: “The White House may feel that secretary Pompeo’s refusal to extradite Anne Sacoolas was final but that does not reflect the real position.

“In fact quite the contrary, as the US Embassy in London said in a recent letter to Andrea Leadsom, both countries recognise that the final decision will rest with the court following a judicial review.

“Clearly, the White House must be preoccupied on other matters and are not keeping up with developments. Either that or they continue to mislead and gaslight which would not be a first.

“The pressure for Anne Sacoolas to return increases by the day and must now be intolerable.

“No one will ever accept the State Department’s position that it is acceptable for anyone to kill a young person and just walk away. They are in fantasy land if that is what they really believe.

“It is time to bring the parents’ suffering to an end and send Anne Sacoolas back.”