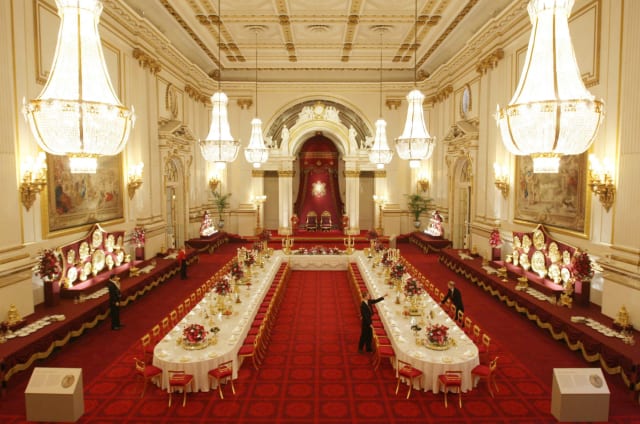 Visitors who have booked to explore Buckingham Palace during the summer will have their money refunded after it was confirmed the Queen’s London home will be shut this year.

Betweeen July and September, while the Queen is usually away at Balmoral, thousands of tourists descend on the royal residence for the annual opening of its state rooms to the public.

It is believed to be the first time the Palace will be staying shut during the summer months since it first opened its doors in 1993.

Visitors are treated to a themed exhibition each year, with the 2020 display due to be dedicated to royal animals.

The Royal Collection Trust said they had taken the decision because of the difficulty ensuring the public’s safety during the coronavirus pandemic.

“The safety and wellbeing of our visitors and staff are our priority,” the Trust said.

“Because of the operational challenges of social distancing, unfortunately we have had to take the decision not to open the State Rooms at Buckingham Palace to the public this summer.”

Frogmore House in Windsor and the Prince of Wales’s London base Clarence House will also remain closed in 2020.

It added: “Those who have booked tickets will be refunded.”

The Queen agreed to open Buckingham Palace to the public for the first time 27 years ago to generate extra income to pay for repairs following the Windsor Castle fire.

The 94-year-old monarch has been staying at Windsor with the Duke of Edinburgh and is expected to remain there for the foreseeable future.

Garden parties and investitures at the Palace have already been cancelled, Trooping the Colour will not take place in its normal form and the royals have swapped public appearances for video calls as they carry out their duties while working from home.

The Trust added: “We are currently unable to confirm a date on which the other Palaces, the Royal Mews, the Galleries and shops will reopen, but will continue to monitor Government advice.”

It urged people to digitally explore the Royal Collection and Palaces through its website www.rct.uk.