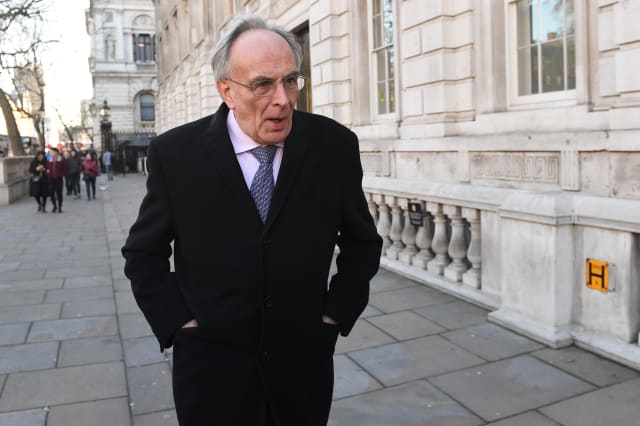 The Prime Minister "may have broken the ministerial code" in his "presidential" address to the nation on Sunday evening, a Tory MP has said.

Wellingborough MP Peter Bone praised Mr Johnson's leadership "in the most terrible of times", but was critical of his advisers who he said "think they are running a presidential government".

"On page 23 under the section Ministers And Parliament, it says in bold type: 'When Parliament is in session, the most important announcements of Government policy should be made in the first instance, in Parliament'.

Mr Bone said Mr Johnson's "good job" of handling the Covid-19 crisis "does not excuse how badly the Government communicated its message this weekend".

He added: "The television presentation by the Prime Minister was plain wrong.

"Too many of the Prime Minister's special advisers and aides think they are running a presidential government that the Prime Minister goes on television and announces all sorts of executive orders without any reference to Parliament.

"Many of them have clearly been watching too many episodes of The West Wing.

"And they just do not understand how the Government works in the country."

Mr Bone called for the Government to confirm what happened on Sunday "was a mistake and confirm in future all new Government policy will be announced in Parliament first", as Commons Speaker Sir Lindsay Hoyle indicated on Monday he expected to happen in the future.

"The command paper with the details published at the same time.

"Absolutely no media briefing in advance.

"This would have given the best launch to the changes to Government policy."