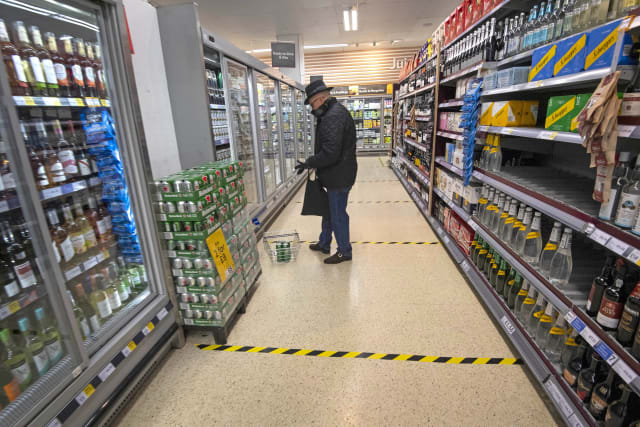 Retailers saw the sharpest decline in sales on record last month as people stayed at home due to the coronavirus lockdown and food sales cooled, according to new figures.

The monthly BRC-KPMG retail sales monitor for April revealed that total sales plummeted 19.1% after non-essential stores were forced to shut their doors in the previous month.

The survey revealed that stores which remained open saw a 5.7% increase in like-for-like sales in April as online retailers performed strongly.

Online sales of non-food products surged by 57.9% in April as shoppers opted for products to be delivered to their homes.

The figures showed that sales of non-food items in stores dived by 36% in the three-month period to the end of April.

Meanwhile, food sales increased by 4.5% for the quarter compared with the same period in 2019.

“Food sales were disappointing, with the virus preventing large family gatherings and turning Easter into a more modest affair,” she said.

“For many non-food goods, such as clothing, footwear and large household items, the decline was particularly steep as consumers responded to lockdown conditions.

“Coronavirus has accelerated many of the trends seen prior to the outbreak and it is likely that, as the lockdown wears on, these new shopping habits – such as the trend towards online purchases – will become more entrenched for many consumers.”

Paul Martin, UK head of retail at KPMG, said: “With the nation firmly under lockdown throughout April, drastic retail sales declines were to be expected.

“Aside from ‘essential’ retailers still operating physically, consumers have had little alternative but to log on, and online sales were up nearly 60%.

“As you’d expect with consumers staying at home, the focus has been on home-related goods, as well as trying to keep entertained.”

Susan Barratt, chief executive at grocery think-tank IGD, said: “April was another busy month for food retailers as they adapted to in-store social distancing and built capacity for surging demand in online shopping.

“However, sales were more restrained than the high peaks of March and current restrictions on social gatherings will have dampened any seasonal boost expected from Easter.”