Insect repellent spray which may guard against coronavirus given to troops 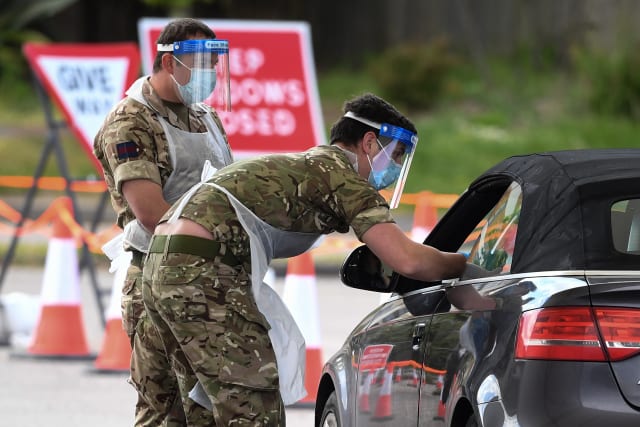 An insect repellent spray that may offer protection against coronavirus is being given to members of the Armed Forces, the Defence Secretary has confirmed.

Ben Wallace said a Citriodiol-based spray has been given to personnel in light of the Surgeon General’s advice that it would “do no harm” and should be used on a precautionary basis as an “additional layer of protection” against exposure to the virus.

The Defence Secretary said: “Weaker Citriodiol spray solutions form a barrier on the skin and have been found to provide a barrier against variants of the Sars virus similar to that causing the current pandemic.

“It is not possible to confirm the number of Armed Forces personnel who have used the product, but Defence has provided a Citriodiol-based spray to each of the 10 Joint Military Commands, which have been delegated the authority to provide to their personnel wherever required.

“The MoD does not implement such measures without rigorous examination of their effectiveness and suitability.

“Following consultation with subject matter experts, including infectious disease consultants, pathology advisers, and public health experts, the Surgeon General advised that, albeit in lieu of conclusive research, Citriodiol would do no harm and should be used on a precautionary basis, as an additional layer of protection against exposure to Covid-19.

“The Surgeon General has informed the chief and deputy chief medical officers for England of his approach.

“The Surgeon General has also tasked DSTL with a further study to understand specific details of the utility of Citriodiol against Covid-19.”

Mr Ellwood said: “I’m pleased to have received a response from the Secretary of State for Defence, Ben Wallace, as well as the promise of further updates, following reports that the insect repellent Citriodiol is being tested on our troops.

“The Defence Committee looks forward to hearing more from the Department and hopes that any research on the effectiveness of Citriodiol is shared with key institutions and the public as we continue our fight against coronavirus.”