Government rejects idea of universal basic income in the future 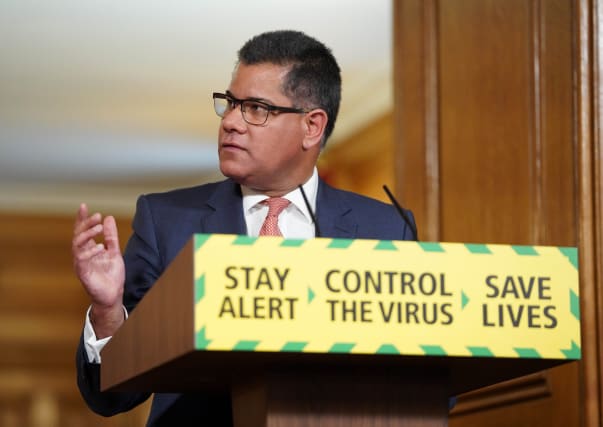 The Government has rejected the idea of a universal basic income (UBI) in the future, despite support for the scheme in Scotland.

The case for UBI, which sees governments provide citizens with a basic rate of income, regardless of financial earnings, has gained traction over the weeks as millions of people are furloughed from work during the crisis.

But Business Secretary Alok Sharma said, while UBI was being tested in other countries, it “has not been taken forward”.

He was asked by Hannah from Rossendale in Lancashire, a member of the public, at the Downing Street daily briefing on Tuesday whether the Government is discussing non means-tested benefits such as UBI, and whether it is on the cards as a future solution.

In a short response, Mr Sharma said: “I think what’s very important in the way that we provide support, particularly more widely in the welfare system, is that we target it at people, and universal basic income is an issue that’s being tested in other countries and hasn’t been taken forward.”

Speaking at the daily coronavirus briefing in Edinburgh on May 4, she said there will be “constructive discussions” with the UK Government on the matter.

“The experience of the virus and the economic consequences of that have actually made me much, much more strongly of the view that it is an idea that’s time has come,” she said.

“As one of the many things that we should rethink, this should be up there, quite close to the top of the list.”

Mr Sharma’s comments come on the same day Chancellor Rishi Sunak announced the furlough scheme, which currently supports 7.5 million jobs through the coronavirus crisis, will be extended until the end of October.

Speaking on the matter at the briefing, Mr Sharma said: “There is an enormous amount of support that the Government is providing to businesses and individuals.

“Earlier today the Chancellor of course announced an extension of the furlough scheme and that will provide a huge amount of reassurance.”