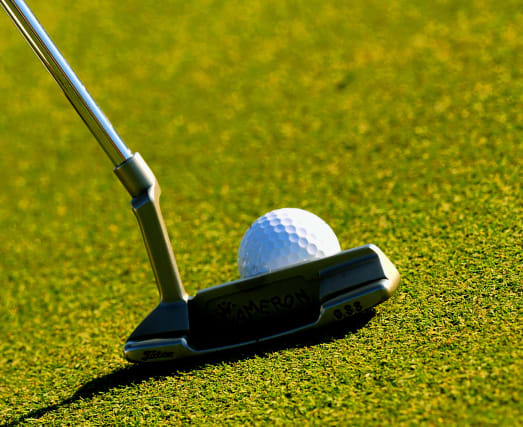 A golf club which straddles the English and Welsh border is to reopen on Wednesday despite differing lockdown rules for both countries.

Llanymynech Golf Club claims to be Europe’s only dual country course, with its holes split between the counties of Powys in Wales and Shropshire in England.

But its location led to confusion about whether it could reopen this week due to a difference in the way coronavirus lockdown measures are being eased in England and Wales.

While Prime Minister Boris Johnson said people in England will be able to play golf again from May 13, the Welsh administration is yet to follow suit.

The club – which is situated between the towns of Welshpool and Owestry – has now said it will reopen in-line with the measures announced for England.

In a statement on Tuesday, the club said: “We have many difficult decisions to make as a golf club in order just to survive without having to deal with governing bodies that fail to agree on suitable, sensible guidelines that not only protect the public, but the very existence of sporting clubs.”

Its course features 15 holes in Wales, two in England and one that crosses both countries, with players teeing off in the former and putting in the latter.

The club said the majority of its 470 members are based in England, adding that the virus had left it in a “precarious position” financially.

In reaching its decision to reopen, the club said it had followed the guidance of the Shropshire and Herefordshire Union of Golf Clubs and the English Golf Union.

“This we feel is the best course of action for our club and its members and allows golf to be played within the current restrictions highlighted in the Prime Minister’s statement,” the club said.

“The English Golf Union guidelines agreed with the Government are a comprehensive set of rules that will allow a limited amount of golf to be played in a controlled and safe manner.”

The Government’s coronavirus recovery strategy said that from Wednesday recreational activities, including golf and tennis will be permitted in England as long as social distancing guidelines are adhered to.