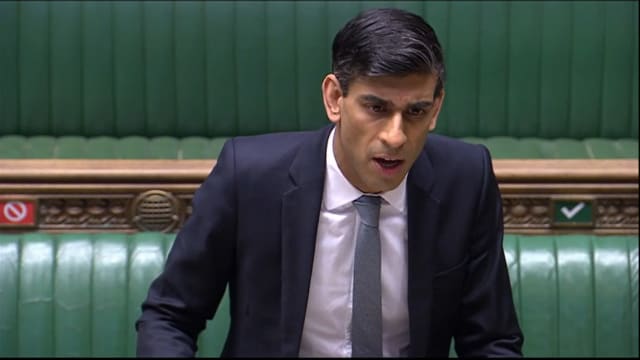 Millions of workers will still be having their wages paid largely by the state in October as the financial and human cost of the coronavirus crisis continued to mount.

The furlough scheme, currently supporting 7.5 million jobs, will be extended until the end of October, although employers will be expected to pick up a share of the bill from August as the economy reopens.

The human toll of the Covid-19 pandemic was laid bare in official figures which indicated there have been more than 40,000 coronavirus-related deaths in the UK.

The furlough scheme – which pays 80% of a worker’s salary up to a £2,500 monthly cap – will remain unchanged until the end of July, a one-month extension.

Economists at the Institute for Fiscal Studies suggested that could cost £10 billion, taking the total amount of support provided by the scheme to around £60 billion.

Chancellor Rishi Sunak said more than seven million people were furloughed but as lockdown restrictions eased some could begin returning to work on reduced hours, with the state and employers sharing the cost from August to provide the same level of financial support.

“Employers currently using the scheme will be able to bring furloughed employees back part-time,” he said.

“We will ask employers to start sharing with the Government the cost of paying people’s salaries.”

Details will be announced at the end of the month following consultations with business, but officials have acknowledged the state will continue to make the largest contribution, potentially adding billions more to the final cost to the Exchequer.

This includes deaths from Covid-19 and where it has been mentioned on the death certificate as a factor.

The Chancellor’s announcement came as:

– Downing Street condemned as “despicable” an attack on Belly Mujinga, a railway ticket office worker who died of coronavirus after being spat at while on duty

– Ministers set out guidance for commuters using public transport, saying they should try to keep two metres apart from others, wear a face covering, use contactless payments and avoid rush-hour

– But Health Secretary Matt Hancock said it was “unlikely” that foreign holidays would be possible this summer.

As lockdown measures are eased – with unlimited exercise and sunbathing allowed in England from Wednesday as long as the two-metre rule is respected – the Government hopes its new contact tracing app will help keep outbreaks of coronavirus under control.

Mr Hancock said the app being trialled on the Isle of Wight would be rolled out across England by the middle of the month.

He told Sky News: “The Isle of Wight project has gone well so far, we’ve learned a lot about how the app operates.

“We’re pleased with progress and we’re going to bring it in.”

Meanwhile, questions continued to mount about the new rules which will apply in England from Wednesday.

Speaking on BBC Breakfast, Mr Hancock said there was a “common-sense” principle as to why children can be looked after by childminders, but not other family members from outside their household, particularly elderly grandparents.

He said: “We don’t want to encourage kids to stay with their grandparents, but we do want to allow people, where possible, to get back to work.”

He also confirmed that when people decided to meet one other person at a distance and outdoors, they should meet in parks and open spaces, not in their gardens – because that might require walking through a house.

Mr Hancock said an idea being considered by experts could help relieve the “anguish” of people wanting to see their grandparents or partners.

The Government’s Scientific Advisory Group for Emergencies (Sage) has been asked to look at the idea of a household “bubble” in the coming weeks, where one household is allowed to join up with and interact with one other household only.

Mr Hancock said it may help relieve anxiety as long as it did not impact on pushing the reproductive rate of the virus – the R – above one.

The Health Secretary admitted patients could have been discharged from hospitals to care homes with Covid-19 but said it was before there was “widespread transmission” of the virus in the community.

This is despite the fact the Government only told hospitals they must test patients for coronavirus before discharging them to care homes on April 16 – more than three weeks after the lockdown was introduced because of the spiralling number of cases.