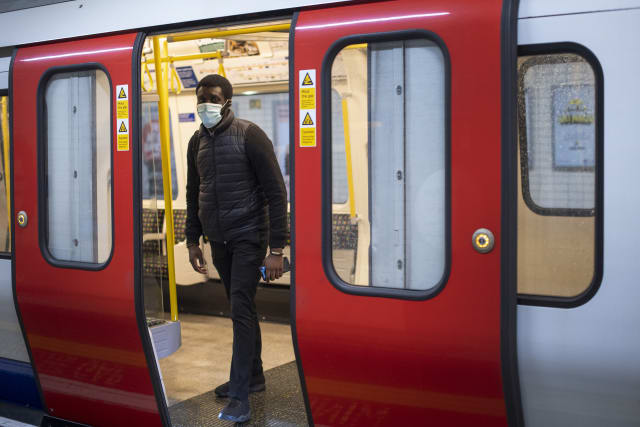 Chancellor Rishi Sunak is expected to announce an extension to the furlough scheme for workers as the UK death toll linked to Covid-19 passed 40,000.

New analysis by the PA news agency puts the death toll at just over 40,000, following new figures on care home deaths released by the Office for National Statistics (ONS).

This includes deaths from Covid-19 and where it has been mentioned on the death certificate as a factor.

It comes as Health Secretary Matt Hancock confirmed the new contact tracing app will be rolled out across England shortly and Mr Sunak will set out more detailed plans for the furlough scheme.

At least 6.3 million people are currently having up to 80% of their salaries paid by the taxpayer under the system at a cost of some £8 billion.

Mr Sunak has previously said he was preparing to “wean” workers and businesses off the programme – which currently runs until the end of June – but calls have been made for it to be prolonged.

It has been reported the programme will continue to September, although the rate of support will be cut from a maximum of 80% of salary to 60%.

Lord Mervyn King, the former governor of the Bank of England, said on Tuesday the Chancellor should not wind back the furlough scheme until the economy has recovered further.

Lord King told BBC Radio 4’s Today programme: “The real cost of this shutdown is not measured by the impact on the public finances but by the lost incomes and outputs in the economy, a cost which is likely to end up as an order of magnitude (though no one can really know this) of several hundred billion pounds.”

Mr Hancock said on Tuesday there would be no “cliff edge” to the furlough scheme, agreeing with the suggestion it would somehow begin to taper down.

He also confirmed the contact tracing app being trialled on the Isle of Wight would now be rolled out across England in the next week or so.

He told Sky News: “We’re rolling out in mid-May. The Isle of Wight project has gone well so far, we’ve learned a lot about how the app operates.

“We’re pleased with progress, and we’re going to bring it in.”

– The ONS said 8,314 deaths in care homes involving coronavirus were reported by care home providers in England to the Care Quality Commission between April 10 and May 8.

– Ministers have set out guidance for commuters using public transport, saying they should keep two metres apart from others “wherever possible”, wear a face covering, use contactless payments and avoid rush-hour.

– Ryanair announced plans to return to 40% of normal flight schedules from July 1.

Speaking on BBC Breakfast earlier, Mr Hancock said there was a “common sense” principle as to why children can be looked after by childminders, but not other family members from outside their household.

He said: “For some people’s livelihoods they need a childminder in order to earn an income and so that is important we allow that to happen.

“So again, there is a common sense principle as to why we’ve come up with that proposal.

“I know it can be frustrating for people.”

He also confirmed that when people decided to meet one other person at a distance and outdoors, they should meet in parks and open spaces, not in their gardens.

He said one of the reasons is that gardens can sometimes only be accessed through a house.

Mr Hancock also said the household “bubble” idea will help relieve the “anguish” of people wanting to see their grandparents or partners.

The Government’s Scientific Advisory Group for Emergencies (Sage) has been asked to look at the idea of a household “bubble” in the coming weeks, where one household is allowed to join up with and interact with one other household only.

Mr Hancock said it may help relieve anxiety as long as it did not impact on pushing the reproductive rate of the virus – the R – above one.

He said: “I think it will help with this anguish of a lot of people wanting to see family members in another household, whether that’s a grandparent – although there are the risks for older grandparents – or for people who are in a relationship but are in different households, and I understand that yearning as well.”

On the spread of Covid-19 in care homes, Mr Hancock was asked whether hospitals had sent patients with coronavirus back to care homes in England.

He admitted patients had been discharged from hospitals to care homes with Covid-19 but said it was before there was “widespread transmission” of the virus.

This is despite the fact the Government only told hospitals they must test patients for coronavirus before discharging them to care homes on April 16.

Mr Hancock said: “At the start of this crisis, before there was widespread coronavirus in the community, then at that point we did take a lot of people who were in hospital but could clinically be in a care home, and put them in care homes.

“But that was before there was widespread coronavirus in the community.

Speaking at the daily No 10 press briefing on Monday, Boris Johnson said the new measures in his road map – including allowing unlimited outdoor exercise – were mere “baby steps”.

He warned the Government stood ready to reimpose controls if there was any sign of the transmission rate of the virus picking up again.