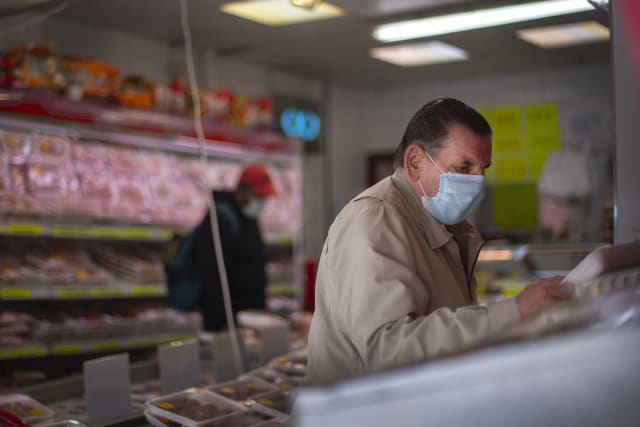 Consumer spending shrank by 36.5% year-on-year in April – although some stores such as off-licences, butchers and bakeries bucked the downward trend, Barclaycard said.

Spending on non-essentials declined at a faster rate, of 47.7%, with travel, which includes public transport, seeing a spending decline of 86.8%, as much of the UK stopped commuting.

Barclaycard said this was helped by people continuing to support local businesses, with more than half (57%) in its consumer research saying the current environment has made them realise how much they value them.

As a result, adults are planning to spend more in local retailers including butchers (27%), cafes and restaurants (26%) and farmers’ markets (23%) when social distancing restrictions are eased further.

Esme Harwood, director at Barclaycard, said: “A renewed sense of community may be welcome news for independent businesses, with a growing desire to support local stores in life after lockdown.”

Meanwhile, online spending on DIY increased by 26.5% annually in April.

Digital subscriptions continued to increase in popularity with strong spending growth of 50.2%.

Overall, spending in the category of bars, pubs and clubs contracted by 96.9%.

Its latest consumer survey, involving 2,000 people, was carried out between April 24 and 27.

The research also found consumer confidence in the UK economy overall has fallen to its lowest for at least six years – just 20% of adults surveyed feeling positive.

But 70% of people are still confident in their own household finances, rising to 85% of over-55s.