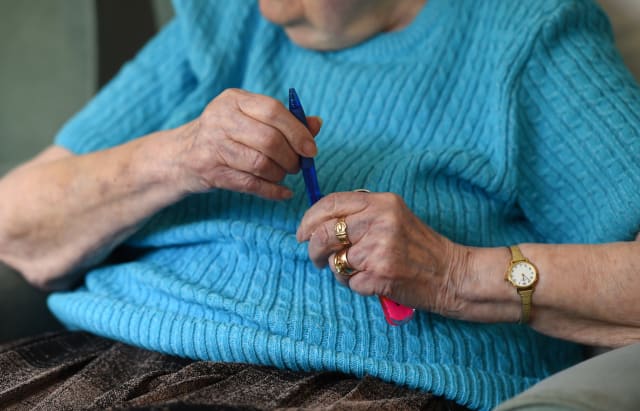 Care home deaths accounted for some 40% of coronavirus-related fatalities registered in England and Wales in the week ending May 1, with at least 10,535 of all deaths to date taking place outside hospitals, figures show.

This weekly number of care home deaths is a slight dip from 2,794 in the previous seven days and is the first week-on-week decrease since March 20, according to the Office for National Statistics (ONS).

Of all deaths involving coronavirus up to May 1, some 22,873 took place in hospitals, while 10,535 were elsewhere.

– 142 took place in other communal establishments

The ONS said the numbers are based on where Covid-19 is mentioned anywhere on a death certificate, including in combination with other health conditions.

When looking at the ONS figures by date of death, they suggest a peak in daily care home deaths may have taken place on April 17, when 415 deaths occurred.

During the following week, daily deaths declined consecutively for all days but one – April 22, when deaths rose by 20.

The corresponding peak for deaths in hospitals is April 8, when 983 occurred.

In the week ending May 1, there were 17,953 deaths registered across England and Wales – a decrease for the second week running.

But Nick Stripe, head of health analysis at the ONS, said this is still around 8,000 deaths above the average for this time of year.

Speaking to BBC News, he said: “That is about 4,000 lower than it was the week before but it is still 8,000 above the average that we would expect to see in this week at this time of year.

“So it is actually the seventh highest weekly total since this data set started in 1993 so we have had four out of the top seven weeks in the last four weeks.”

Separate analysis shows there were 8,314 deaths in care homes involving coronavirus reported by care home providers in England to the Care Quality Commission between April 10 and May 8, according to the ONS.