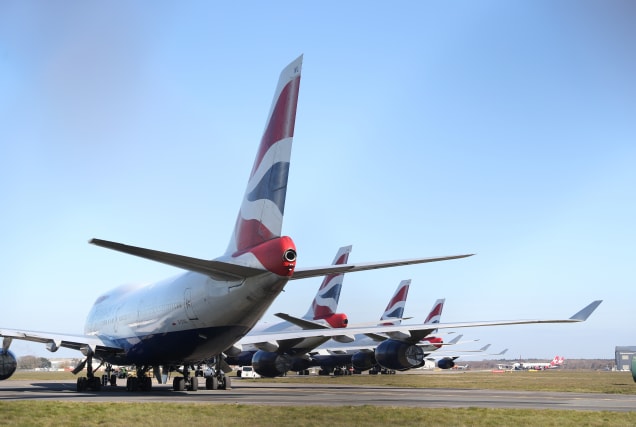 British Airways must put its plans to make staff redundant “back in the hold”, the chairman of the Transport Select Committee has said.

Conservative Huw Merriman said, whilst it is clear that the aviation sector “is on its knees right now”, the extension of the Government’s furlough scheme until October would allow BA employees to keep their jobs despite most flights being grounded.

It comes after BA boss Willie Walsh told the Transport Select Committee on Monday that “almost a third of BA staff are facing redundancy”.

Mr Merriman said the aviation sector in general “needs to do more to support its staff”.

“It just feels as if British Airways are using this as an opportunity to undertake long-held reforms towards terms and conditions.

“I asked the chief executive (Mr Willie Walsh) if he’d be willing to allow those employees to share the proceeds of growth if things return back to normal times and he refused to give that assurance.

“We have had thousands of BA staff contact me and other members of the committee.

“And I hope that BA will use the welcome extension of furlough to put these redundancy plans back in the hold where they deserve,” he told MPs during the debate on Covid-19.

Chancellor Rishi Sunak’s announcement that the UK scheme to pay wages of workers on leave because of coronavirus will be extended to October was designed to prevent a so-called “cliff edge” in which employers, such as BA, could begin mass redundancies.

Earlier, during a statement from Mr Sunak on the extension of the furlough scheme, fellow Tory MPs raised concerns about airlines discussing mass staff redundancies.

Asked by Tory James Sunderland (Bracknell) what further support might be available for airlines, Mr Sunak replied: “Companies in the aviation sector like all others can benefit from the considerable range of support measures already announced.”

He added: “Of course individual companies have the opportunity to engage with the Government on a bilateral basis where that is appropriate. Obviously it wouldn’t be right for me to comment on those conversations.”

Fellow Conservative Dame Cheryl Gillan (Chesham and Amersham) added: “Can he send a clear message to British Airways today that with this extension they should now remove all threat of redundancy which has been adding to the anxiety and stress of so many of their hardworking and in many cases long-serving staff?”

Mr Sunak replied: “She is right to urge employers to do the right thing at this difficult time.”

Giving evidence to the Transport Select Committee on Monday, Willie Walsh, chief executive of BA’s parent company, International Airlines Group, said there was “nothing positive” about the Government’s plans for passengers travelling into the UK to face a two week quarantine period.

“The announcements yesterday of a 14-day period (for people) coming into the UK, it’s definitely going to make it worse.

“There’s nothing positive in anything that I heard the Prime Minister say yesterday.

“We had been planning to resume, on a pretty significant basis, our flying in July.

“I think we’d have to review that based on what the Prime Minister said yesterday,” Mr Walsh said.