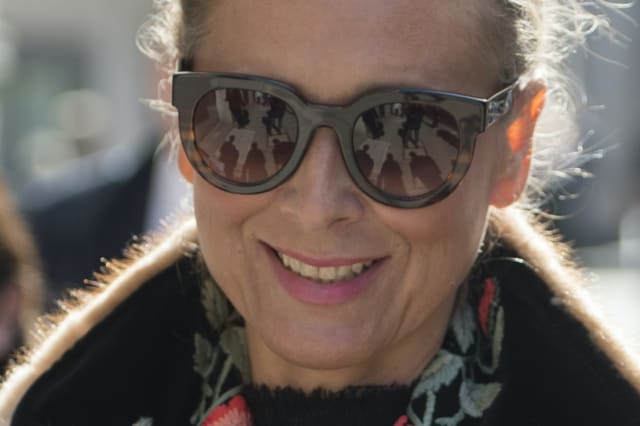 A woman fighting to get her hands on nearly £450 million she is owed by her Russian billionaire ex-husband has made allegations about her eldest son.

Tatiana Akhmedova was awarded a 41.5% share of businessman Farkhad Akhmedov's £1 billion-plus fortune by a British judge in late 2016.

Mr Justice Haddon-Cave, who analysed the case at a trial in the Family Division of the High Court in London, said Ms Akhmedova should get £453 million.

But judges have heard she has so far received about £5 million and Mr Akhmedov has not "voluntarily" paid a penny.

Mr Akhmedov has said that because he and his ex-wife are not British, and were not married in Britain, a British judge should not have made decisions.

Ms Akhmedova says he has tried to put assets, including a £346 million yacht – the MV Luna – and a modern art collection, beyond her reach.

She is now also taking legal action against son, Temur.

A barrister leading Ms Akhmedova's legal team on Monday outlined her concerns to a judge analysing the latest stage of the dispute, at a virtual public hearing in the Family Division of the High Court.

"Her case is that Temur is heavily involved in Farkhad's affairs," Alan Gourgey QC told Mrs Justice Gwynneth Knowles. "Including involvement in moving assets beyond the wife's reach."

Detail of her claims against her son emerged at an earlier hearing in January.

Lawyers told the judge that that Temur, a trader who lives in London and is in his mid-20s, was someone his father trusted to help keep assets out of his mother's reach.

Temur is disputing allegations made against him.