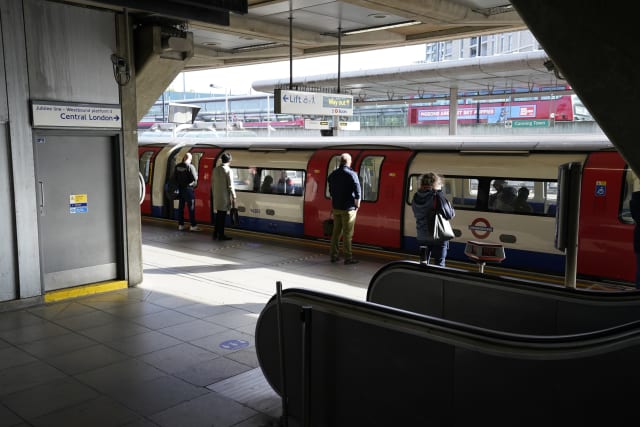 The Government has outlined a range of adjustments to current social-distancing rules, which will be introduced in three steps in the coming weeks and months.

It forms part of the Government’s next phase in its recovery strategy named “smarter controls”, which it has detailed in a 50-page document published on Monday.

Existing social restrictions will be replaced with “smarter measures” – with the “lowest social, economic and social costs” to control the spread of the virus, the document states.

The measures will be developed and announced in three steps over the coming weeks and months, of which step one will commence from Wednesday in England.

From May 13, workers who are unable to work from home can travel to work if their workplace is open.

But workers who are already working from home are being urged to continue to do so.

The Government said sectors that are allowed to open under the first step of easing lockdown include food production, construction, manufacturing, logistics, distribution and scientific research in laboratories.

Schools, colleges and nurseries – which closed seven weeks ago due to the coronavirus outbreak – currently remain open only for vulnerable youngsters and the children of key workers.

The strategy says local authorities and schools should urge more vulnerable children, as well as the children of critical workers, to attend school as there is a “large societal benefit”.

The Government is also amending its guidance to clarify that paid childcare, such as nannies and childminders, can take place subject to being able to meet its key public health principles.

The public are being advised to wear a face covering in enclosed spaces such as public transport and some shops where social distancing is not always possible.

People will be allowed to exercise “as many times each day as they wish” with one other person from outside their household.

They will also be able to spend time outdoors sunbathing or have a picnic with one other person from a different household.

People may drive to outdoor open spaces irrespective of distance, but are not allowed to travel to different parts of the UK – where different lockdown measures may apply.

Those who are not in the shielded group but who are more vulnerable to Covid-19, such as the over-70s, should “continue to take particular care to minimise contact with others outside their households, but do not need to be shielded”.

Passengers arriving into the UK will be required to supply their contact and accommodation information, and those not on a short list of exemptions will be made to self-isolate for 14 days.

The Government aims to introduce measures in step two of the phased strategy from June 1.

It could see pre-school children return to early years settings, and Reception, Year one and Year six pupils back in school in “smaller sizes”.

The strategy added that secondary schools and further education colleges should prepare to begin some “face-to-face contact” with Year 10 and 12 students – who have key exams next year.

Non-essential stores, such as fashion or homeware retailers, could reopen. However other businesses such as pubs, hairdressers and cinemas will have to wait until July.

There are also plans to permit cultural and sporting events to take place behind closed doors for broadcast.

Local public transport in urban areas could also reopen, but will be subject to strict measures to limit the spread of infection.

The Government is considering if it can safely allow an expanded definition of “household” to allow people to reconnect with close family members.

The Scientific Advisory Group for Emergencies (Sage) is examining if it is safe to change the rules to allow one household to expand and include one other household in the same group or “bubble”.

The Government is also examining how to enable people to gather in slightly larger groups “to better facilitate small weddings”.

The final step which will see more adjustments made to lockdown rules – which could be introduced from July 4, the Government said.

Some examples of businesses listed in the Government’s strategy include hairdressers, beauty salons, pubs, places of worship and cinemas.

But the Government states venues which are crowded “by design” and “where it may prove difficult to enact distancing” will not be able to reopen.

However, some businesses can open in part if safe to do so, while the Government said it will “carefully phase and pilot re-openings to test their ability to adopt the new Covid-19 secure guidelines”.