Seamstress sews ‘You Are Loved’ message into hospital scrubs 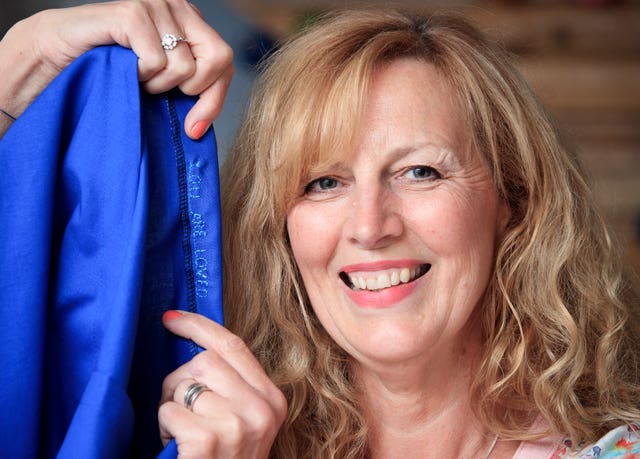 A seamstress who is part of an online group sewing scrubs has shown her gratitude to frontline workers by including personal messages in some garments.

Jen Legg, 52, from Maltby, North Yorkshire, has added the message "You Are Loved" to some of her donated scrubs, which she made after joining the Sewing Scrubs for James Cook Facebook page.

The group, which has around 300 active sewers, is aiming to surpass its target of 2,000 sets of scrubs for the Middlesbrough hospital by the end of the pandemic.

Hairdresser Ms Legg, who also runs the Tees Creatives sewing school, said she has included the personalised message in some of the 40 sets of garments she has donated so far.

Recipients have included a doctor at the hospital – who Ms Legg said was "thrilled" with her personalised message – and members of the clergy, who needed scrubs in black material.

She said: "That's what really got to me in the first place, they needed them for the clergy going in to hospitals.

"I felt like I was able to contribute something from home. I'm shielding as well so that makes it even better to give something back because the hospital has done so much for me with my arthritis.

"And I have added the message as a little bit extra, to make them feel cared for that little bit."

The group, which began with just 20 people, has made around 1,500 sets of scrubs so far for James Cook University Hospital, with one sewer being responsible for 100 sets alone.

They are estimating that they will ultimately make around 2,500 sets of scrubs in total.