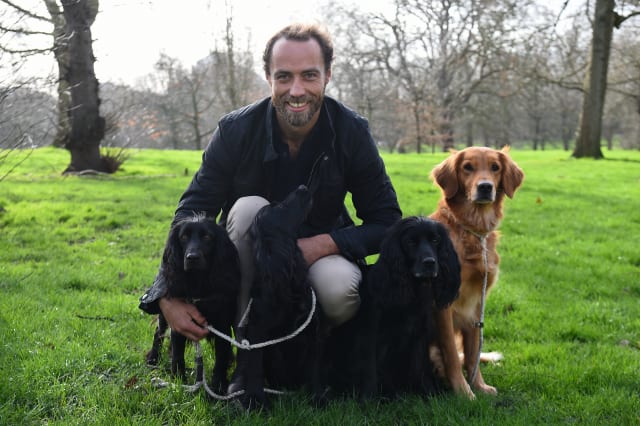 The Duchess of Cambridge’s brother James Middleton has shaved off his beard in lockdown to surprise his fiancee to mark the month they were due to marry.

A bare-chested Mr Middleton posted a speeded-up video on Instagram in which he trimmed and shaved his facial hair, before showing his wife-to-be Alizee Thevenet, who let out a scream in shock.

Kate’s younger brother said: “Seeing as Alizee and myself were due to get married, well actually this month.

“She’s never seen me without a beard. So I thought it was about time I showed her what was behind it.”

The 33-year-old added he was most worried that his large family of dogs, who were sat surrounding him, would not recognise him.

French-born financial expert Alizee ran towards Mr Middleton and brought her hands to her mouth in surprise, laughing and adding: “It’s so weird. Even when I kiss you it’s different.”

Mr Middleton is an ambassador for the charity Pets As Therapy, which raises awareness about the healing effects pets can have on their owners’ mental health.

Last year, he opened up about his “rebirth” from depression after almost a year undergoing therapy.