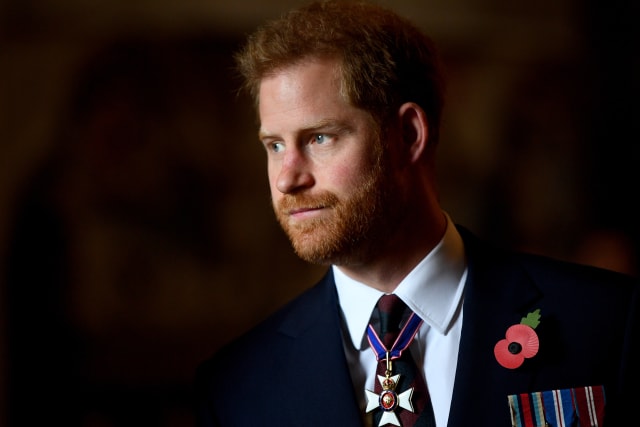 The Duke of Sussex has appeared on the BBC’s The One Show to pay tribute to an inspirational band of badly-burned Second World War airmen and their modern day counterparts.

Harry took part in a Zoom call as part of a special film to highlight the “incredibly uplifting” tale of The Guinea Pig Club and how it inspired the Casevac Club for seriously injured Iraq and Afghanistan veterans.

The Guinea Pig Club was established in 1941 to support young airmen with devastating injuries and took its name from the experimental treatment they received.

The men contributed to the development of plastic surgery after going under the knife in the early days of the pioneering procedures, and they also challenged the existing perception that disabilities were life-limiting and went on to mentor new generations of burns victims.

The duke, who is now based in LA, said: “Those individuals that signed up, chose to serve, then had life changing injuries, they didn’t stop there, that’s why its incredibly impressive, but yet at the same time it’s so incredibly uplifting.”

He chose to highlight both clubs when asked to mark the 75th anniversary of VE Day by The One Show.

“On days like this, that’s why it’s so important to remember the Guinea Pig Club, and to look forward to everything that the CASEVAC Club is going to achieve as well,” he said.

Mr Perry told the duke how the club created a “sense of belonging, fighting through adversity” for his father.

The flight engineer underwent 31 operations after being injured in a Halifax bomber crash in 1944.

The Guinea Pigs were treated for their burns at East Grinstead’s Queen Victoria Hospital by visionary surgeon Sir Archibald McIndoe.

Dr Saunders, who was later inspired to become a GP, was badly burnt in a RAF crash in 1945.

He suffered 40 per cent burns to his face, legs and hands and needed new upper and lower eyelids, a nose and a mouth, and was sent to see Sir Archibald after his skin grafts failed.

Mrs Wilson chatted to Harry about how Sir Archibald told Sandy he would give him a new “mouth so he could kiss the girls”.

The duke also spoke to former Invictus captain David Wiseman about how they were inspired to set up the new club.

“There are guys in the Casevac Club who are walking around today, and it’s only thanks to advances in battlefield medicine that they survived their injuries,” Wiseman said.

“Again, offering our bodies up like the Guinea Pigs, we can help advance understanding about traumatic injury and help people in the future.”

The Casevac Club – pronounced cazzy-vack which is a military phrase meaning Casualty Evacuation – was set up in 2017 and Harry backed its establishment through the Royal Foundation.

The programme was broadcast on BBC Two because of a BBC News Special on Prime Minister Boris Johnson’s press conference.