Earlier lockdown in Scotland could have prevented 2,000 deaths – study 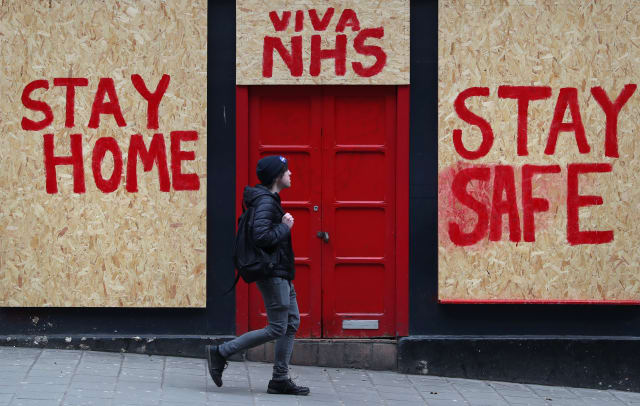 More than 2,000 deaths related to coronavirus could have been prevented if lockdown measures had been introduced earlier in Scotland, according to a study.

A team of scientists at the University of Edinburgh led by Professor Rowland Kao developed a model which simulated the epidemiological behaviour of the Scottish population.

The study, part of a BBC Scotland Disclosure investigation, was based on figures published by the National Records of Scotland last week that a total of 2,795 people have died with a confirmed or suspected case of Covid-19.

Even allowing for some uncertainty the model predicted the death toll would have been around 577 – 80% lower than the total.

Prof Kao said: “The question we’re addressing here is what would have happened if rather than having lockdown on around 23 March, we’d done it about two weeks earlier.

“While there’s quite a bit of uncertainty in what the final outcome will be, all those (projections) are now substantially below what actually happened.

“What that indicates to you is that these measures could have easily taken effect and reduced those death rates.”

It comes amid debate over the lifting of lockdown measures with the UK Government unveiling a “stay alert” message while First Minister Nicola Sturgeon has continued to urge Scots to stay at home.

The first case of the virus north of the border was confirmed in Tayside on March 1, with mass gatherings not banned until March 16 and lockdown measures introduced on March 23.

However the findings of the BBC Scotland Disclosure investigation also suggest the virus was brought to Scotland a few days before that first confirmed case.

More than 70 Nike employees from around the world attended a conference at Edinburgh’s Hilton Carlton Hotel on February 26 and 27.

One of the delegates from abroad brought the virus and infected many other employees who then returned to their own countries.

The investigation found at least 25 people linked to this one event are confirmed to have been infected, with eight living in Scotland.

“We are supporting the national effort against this pandemic. We want our governments to succeed in beating the virus, and this evidence presented tonight suggests lockdown should have taken place earlier.

“Information about a potential coronavirus outbreak in Edinburgh in February should have been made public as soon as the Scottish Government became aware of it.”

Professor Dame Anne Glover, president of the Royal Society of Edinburgh and former chief scientific adviser to the Scottish Government, said: “Mistakes have been made and that has resulted in lives being lost.”