Diplomat missing after going for a run from his home 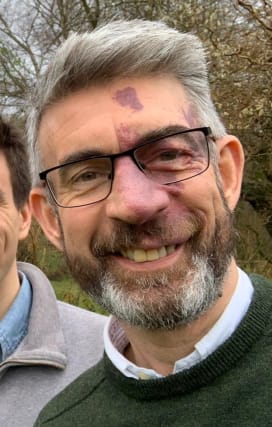 A British diplomat who hosted the Duke of Sussex during a tour of Nepal has gone missing after going for a run from his UK home.

Richard Morris has not been seen since he went jogging in his home village of Bentley near Farnham, Hampshire, on the morning of May 6.

A Hampshire police spokesman said: “His family are understandably concerned for his welfare.”

The 52-year-old was the ambassador to Nepal between 2015 and November 2019 and accompanied Harry during his tour of the country in 2016.

Prior to that he was head of the Pacific department in the Foreign and Commonwealth Office and has held senior diplomatic posts including in Australia and Mexico.

Appealing for the public’s help in finding Mr Morris, Hampshire police released a description of him.

The force spokesman said: “Richard is described as being white, around 6ft tall, with greying hair and a beard. He is also described as having a port birthmark on his face.

“He was last seen wearing a blue long sleeved top with a half zip, black shorts, and blue trainers.”

The Government website states: “He married Alison in 1992 and they have one daughter and two sons.

“In his spare time, he enjoys long-distance running, reading, travel, music and spending time with his family.”