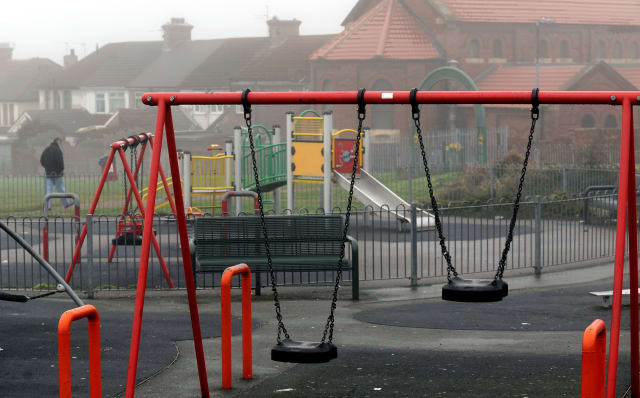 Child sexual abuse is going widely unreported among the UK’s Heredi Jewish community because victims need the permission of a rabbi before they can go to the police, an inquiry has heard.

The Independent Inquiry into Child Sexual Abuse (IICSA) heard that the insular nature of strict orthodox Jews mean that children do not have “the language or the resources” to access help.

Yehudis Goldsobel, founder of charity Migdal Emunah – which provides sexual abuse advice and education to all Jews, told Haredi rabbis tend to learn about child safeguarding “on the job”.

Ms Goldsobel told the inquiry victims are shunned for speaking out, while perpetrators can usually return to the heart of their communities even after serving a prison sentence.

The panel was shown a document published by a US organisation advising and advocating for Haredi Jews, stating: “Standard practice that abuse would only be reported after consultation with the Rabbinate of Orthodox Hebrew Congregations.”

Different versions of the guidance exist in Haredi communities across the world, Ms Goldsobel said, and this is still the standard approach to tackling child sexual abuse.

“What they are describing is that all the evidence, all the concerns, all the signs someone might have seen get reported (to religious leaders) before any decision is made to go elsewhere,” she said.

Ms Goldsobel, who comes from a Haredi background, said a rabbi had even told her that it was more important to prioritise the needs of the community over the wellbeing of an individual.

“Victims don’t have the language to report correctly, so to speak, in accordance with what the police would need to hear,” she said.

“They also don’t have the resources to even access a point at which to report. So there is a double hurdle.”

She said most victims in this community would be unaware of the names of sexual organs or even know what sex was before they became engaged.

She added: “(Victims) most certainly are not able to go to a police station on their own, we are brought up with almost non-verbal understanding that the police are very much ‘them’ and we are ‘us’.

“We don’t integrate, mix with them, we don’t report to them even more so against another Jew and if you do there are severe consequences.”

She said Migdal Emunah had heard of instances of child sexual abuse being discussed in a Beth Din, a Jewish court, rather than being brought to the attention of the secular authorities.

“We have heard of this sort of thing happening multiple times, even more so where rabbis are suggesting that if the alleged offender would pay for therapy for the victim, then that is – in their eyes – a really effective way of dealing with the situation,” she said.

Ms Goldsobel said: “Victims and survivors, once they have reported and it has been spoken about within the community, are most often ostracised.”

One victim preparing to testify against her abuser in court received messages telling her she would have no hope of ever marrying if she gave evidence for the prosecution, the inquiry heard.

Others find people will turn away from them in the street, refuse them entrance into community buildings or refuse to serve them in shops.

When asked about offenders, Ms Goldsobel said: “Most of the time they will find a pocket in the community where they can become either more powerful than before because they have survived prison.”

“Most of the time they are accepted back into regular life as if nothing has happened – in fact, as heroes,” she said.

Migdal Emunah is now calling for Haredi faith schools and synagogues to have their safeguarding practices independently regulated by a secular body.

When asked if a secular regulator would lead to “blundering” by well-meaning people blind to the nuances of Haredi culture, she said: “One would hope that if you are going to establish an independent regulator, that people would be trained to some extent cultural sensitivities.”

“These are not unique to the Jewish community, it would be the same for any small ethnic community.”

The latest phase of the IICSA is looking at how child protection is handled in religious organisations and settings in England and Wales.

The IICSA has already held separate investigations into the Roman Catholic Church and the Anglican Church – the two largest religious groups in the country.

This strand is expected to last for two weeks.