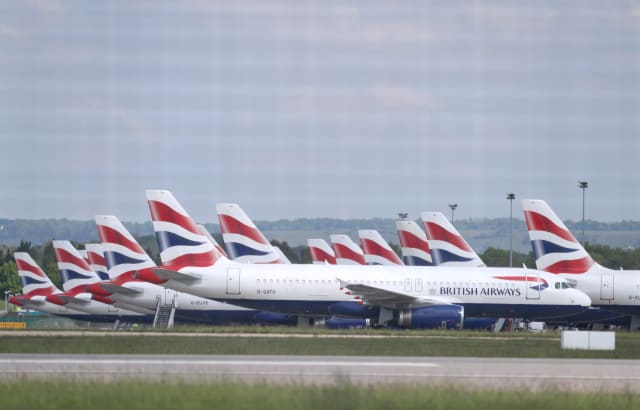 The head of the owner of British Airways has said the company will need to review its plans to resume flights after the Prime Minister proposed quarantining people flying into the UK.

In an address to the nation on Sunday, Boris Johnson said it will “soon be the time” to bring in a quarantine period for air passengers to stave off Covid-19 infections from abroad.

Willie Walsh, chief executive of BA’s parent company, International Airlines Group, said there was “nothing positive” in the address.

Giving evidence to the Commons Transport Select Committee about the demand for air travel, Mr Walsh said: “The announcements yesterday of a 14-day period (for people) coming into the UK, it’s definitely going to make it worse.

“There’s nothing positive in anything that I heard the Prime Minister say yesterday.

“We had been planning to resume – on a pretty significant basis – our flying in July.

“I think we’d have to review that based on what the Prime Minister said yesterday.”

Mr Walsh told the committee that British Airways’ capacity to operate will be “pretty minimal” in the event of an imposed quarantine.

He added: “Despite the fact that there had been some rumours about this quarantine period, I don’t think anybody believed that the UK Government would actually implement it if they were serious about getting the economy moving again.”

The Prime Minister proposed the quarantine in the address on Sunday and said it would be effective due to a decrease in the number of infections in the UK.

Addressing the nation on Sunday night, Mr Johnson said: “To prevent reinfection from abroad, I am serving notice that it will soon be the time, with transmission significantly lower, to impose quarantine on people coming into this country by air.”

Mr Walsh told the committee that the two-week quarantine for air passengers was a “surprise” as similar quarantines are not in place for other forms of international travel.

He said: “I don’t understand that but maybe the Prime Minister will be able to clarify the science behind that. It seems strange to me.”

Mr Johnson and French President Emmanuel Macron have agreed that quarantine measures would not apply between France and the UK “at this stage”, according to a joint statement issued after the address.

The Prime Minister did not mention arrivals by sea, and did not make clear whether it would include passengers on internal UK flights or on flights from the Republic of Ireland.

However, the Times has previously reported that travellers from Ireland, the Channel Islands and the Isle of Man will be exempt from the quarantine.

It has also been reported that the plan is to impose a quarantine of 14 days, and Airlines UK said it had been told by the Government that it will be in place by the end of the month or early June.

A Government official said quarantine is “a few weeks away from happening yet”, adding: “What the scientific advice tells you is that when domestic transmission is high, imported cases represent a small amount of the overall total and make no significant difference to the epidemic.

The official said industry and business will be listened to but the “purpose is to stop disease being imported into the UK”.