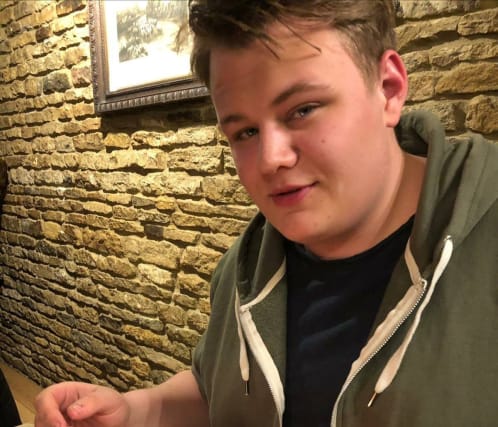 The head of the armed forces has told Harry Dunn’s family that he will make representations to his US colleagues about setting up a meeting after claims of “near misses” involving American military staff.

General Sir Nick Carter has penned a letter to Charlotte Charles and Tim Dunn promising to raise the matter – saying “I am very supportive of positive engagement between you and the US base commander”.

His words come after an initial plea from the parents to arrange a meeting with the base following claims of “three near misses” involving their staff since Harry’s death.

Mrs Charles and Mr Dunn told General Carter that they “bear our American friends no ill will”, but insisted RAF Croughton in Northamptonshire could not “practise splendid isolation” on safety issues.

Senior US officials previously refused a meeting with the Dunn family, due to their “intention” to sue the American Government.

Deputy chief of mission at the US Embassy in London, Yael Lempert, told the family’s MP Andrea Leadsom that it would “not be appropriate” to meet with the family “given the strong interest of both countries to ensure proper judicial review”.

Harry, 19, was killed when his motorbike crashed into a car outside the US military base on August 27 last year.

His alleged killer, 42-year-old Anne Sacoolas – the wife of a US intelligence official, claimed diplomatic immunity following the crash and was able to return to her home country, sparking an international controversy.

She was charged with causing death by dangerous driving in December, but an extradition request submitted by the Home Office for Mrs Sacoolas was rejected by the US Secretary of State Mike Pompeo in January.

In General Carter’s letter to the parents, seen by the PA news agency, he said: “Although the US Base Commander has some autonomy, she reports through her US chain of command to the Department for Defence on matters such as requests for local meetings.

“And I understand that an offer to meet with you was previously extended, through your MP, before we were locked down by Covid-19, and that a community engagement day has been held.

“Both the Secretary of State for Defence and I are very supportive of positive engagement between you and the US base commander and I will therefore make representations to my US colleagues.

“I also know the Secretary of State for Defence has made it very clear to MoD officials that they are to provide further support to such efforts alongside their continued support to colleagues in other Government departments who lead on trying to prevent other parents from having to share your tragic experience.”

Reacting to the letter, Mrs Charles told PA: “We are really grateful to General Carter for taking the time to write to us and for confirming that he’ll try to persuade the American military to come and talk to us and our advisers.

“This is really important to us and we just want to try to do something positive for the community so that Harry’s death is not in vain.”

Speaking about the letter to the parents, the family’s spokesman Radd Seiger told PA: “Harry’s parents are to be admired for their efforts in trying to improve road safety in and around US bases.

“There has been far too much carnage over the years with seemingly little being done about it.

“Talking openly and amicably about what the Americans can do and what those of us in the community can do, can only be a good thing.”

He continued: “In contrast, we have the letter from Yael Lempert at the US Embassy to Andrea Leadsom where they say they won’t meet with us because of the litigation that has arisen out of Harry’s death.

“That’s a silly argument of course. We do not want to discuss the case with them.

“We want them to participate in the road safety review we have called for and which the British Government agree should happen.

“The parents and I are however delighted to see that the US State Department now agree that the Anne Sacoolas affair should be resolved in the courts in the Judicial Review.

“We are confident that the Court will find that Anne Sacoolas did not have diplomatic immunity. That is the only reason the Trump administration have ever given for refusing to extradite her.”