‘Do not travel from England to exercise in Wales’, First Minister says 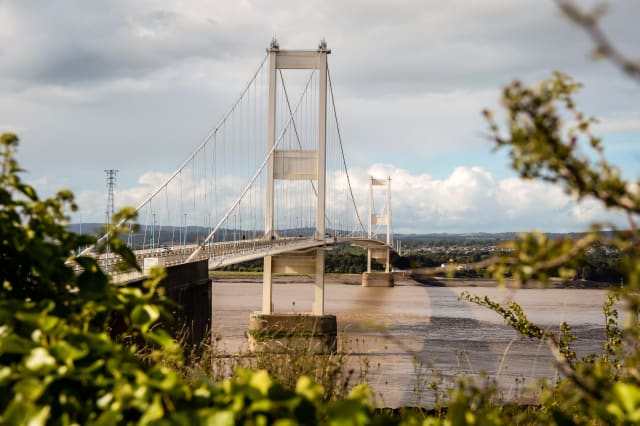 Wales’ First Minister has warned people living in England against travelling into Wales to exercise.

On Monday, Public Health Wales said a total of 1,116 people have now died after testing positive for coronavirus, an increase of five on Sunday’s figures, while an increase of 124 positive tests brought the total in Wales to 11,468.

Mr Drakeford said police had reported a “distinct increase in activity” in Wales over the bank holiday weekend, including alcohol-related violence and increased traffic, following reports the lockdown in England might be eased.

Mr Drakeford told the Welsh Government’s daily press conference: “Now they and and we have concerns that traffic flow into Wales could continue to increase as a result of the Prime Minister’s announcement that travel to exercise will be allowed in England.

“Now I just want to be clear. In Wales, it is Welsh law that applies. Travelling to Wales to exercise is not to exercise locally. We will use whatever means are available to convey this message.”

Mr Drakeford said these could include signs on major roads and motorways, and Welsh Government-paid articles in regional newspapers across the Wales-England border.

Current rules in Wales allow people to exercise more than once a day – but unlike in England they must do so locally, with the exercise not involving any significant travel.

Those who are in breach of the rules can be fined £60, rising to £120 for second and subsequent offences. First offences fall to £30 if paid within 14 days.

The First Minister raised doubts about the rule changes announced by Mr Johnson, which include allowing people to spend more time outdoors for leisure purposes and being able to drive to parks or beaches within England.

“Our restrictions on people’s ability to travel are there because we don’t want the virus to travel and the further people go, the bigger the risk is that coronavirus will start to spread again.

“That’s why we say to people in Wales ‘stay local’, because that reduces the risk.”

Mr Drakeford said he had “huge sympathy” for people who had relatives across the border but said the “sacrifice” of not having direct face-to-face contact with them was being made to protect people from the virus.

“I think all of us asked for clarity about when he was speaking in that UK capacity and when he was making announcements that apply in England,” Mr Drakeford said.

He said he had written to Chancellor of the Duchy of Lancaster Michael Gove three weeks ago asking for a “regular pattern of engagement” between the devolved administrations and Westminster, but that over the last three weeks that communication had only been in “fits and starts”.

Mr Drakeford also said the chief medical officer Frank Atherton had now advised there was a “marginal public health case” for non-medical face coverings but would not be making their use mandatory.

“It doesn’t protect you, the wearer, from anybody else but it may protect other people from the risk of you infecting them,” he said.

He said: “The big difference between England and Wales after last night is that the Prime Minister has set out his clear plan for recovery, which is based on science and is conditional on the R number reducing further.

“Sadly, so far, the First Minister hasn’t laid out his plan for Wales and yet this is something that Sir Keir Starmer has been demanding in Westminster.

“All Governments need to be flexible and listen to the science.