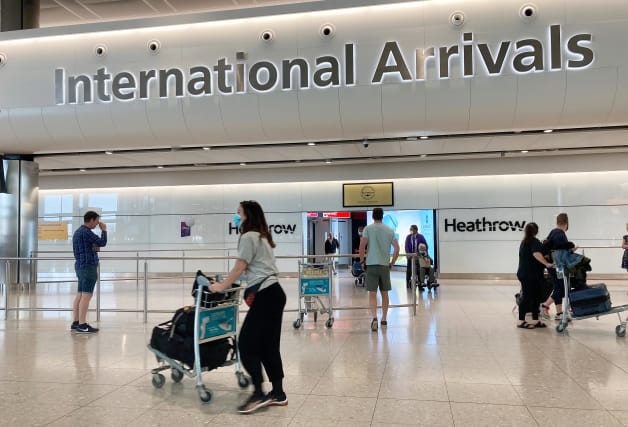 A 14-day quarantine for travellers coming into the UK should have been brought in long ago, but could help the country now as it faces a “knife-edge balancing act” coming out of lockdown, an expert said.

The Government will reportedly enforce the mandatory quarantine for all UK arrivals within weeks as part of measures aimed at avoiding a second peak of the coronavirus pandemic.

It is thought the measure will be announced by Prime Minister Boris Johnson as part of his address to the nation on Sunday evening.

Dr Peter Drobac, a medical doctor specialising in infectious diseases and an academic at the University of Oxford, said there is merit to the idea, but said it will require a lot of planning and infrastructure at a “really fragile” stage.

He said the country has to figure out how to keep down the R value, the number of people the average infected individual would spread the virus to, outside of a lockdown.

Dr Drobac told the PA news agency: “All the experience that we have from the countries that have been trying to do this suggests that it’s really hard and it’s really fragile.

“This is going to be a knife-edge balancing act, to try to ease the lockdown while preventing a second surge.

“And so every intervention that we can make that can keep the R down should be considered, and I think in relative terms, the quarantine becomes more valuable the less domestic transmission they have.”

Under the measures, all passengers arriving at airports and ports will be required to provide an address at which they will immediately self-isolate for 14 days.

The Times reported that “authorities will conduct spot checks”, with punishments for those not adhering to the rules including “fines of up to £1,000” and deportation.

He added: “To me, this intervention of a mandatory quarantine for returning travellers is probably a smart middle ground, as opposed to closing borders entirely which has a much more significant impact on limiting the flow of goods and economic pain and things like that.

“So, I think, in short, yes, this should have been done a long time ago, but given the current state of affairs, it makes sense to consider this now.”

The Times reported that travellers from Ireland, the Channel Islands and the Isle of Man will be exempt from the quarantine.