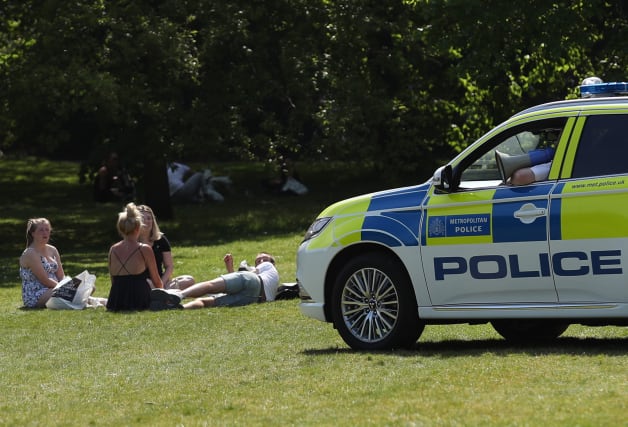 Boris Johnson’s relaxed lockdown guidance still risks being a set of “loose rules that are left open to interpretation” and is difficult to implement, a police group has said.

John Apter, the national chair of the Police Federation of England & Wales, said:  “What we need from the Prime Minister and the Government now is clear and unambiguous messaging and guidance, explaining what exactly is expected of the public, so that my colleagues can do their level best to police it.

“Police officers will continue to do their best, but their work must be based on crystal clear guidance, not loose rules that are left open to interpretation – because that will be grossly unfair on officers whose job is already challenging.”

Mr Apter noted that Mr Johnson’s statement came after a week of “mixed messages and the release of some information which, fuelled by media speculation, meant many people acted as though the lockdown had already ended”.

The Police Federation is hoping for more details on the Government’s guidance when Mr Johnson is set to update Parliament on Monday.

This may also include details about an increase in fines, mentioned by Mr Johnson, for people who break social distancing rules. He said the public are encouraged to spend more time outdoors to exercise from Wednesday.

Mr Apter said: “If the message of what is expected of the public is not clear, then it will make the job of policing this legislation almost impossible.”

It comes after the Metropolitan Police Federation (MPF), which represents police officers in London, criticised the Government’s pandemic response as “wishy-washy” amid concerns that the public had begun ignoring lockdown restrictions.

MPF’s Ken Marsh told BBC Radio 4: “It’s been quite wishy-washy how we’ve gone about it.

“Had we been very stringent from the off – it is painful, but it’s not overly painful in terms of what you’re actually being asked to do – then I think we would have a better result now.”