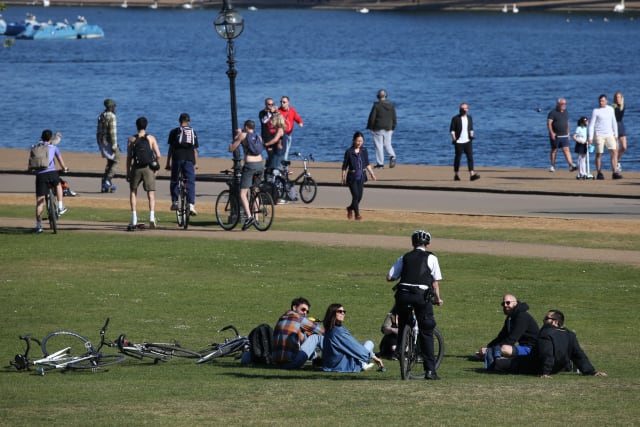 A body representing police officers in London has criticised the Government’s pandemic response as “wishy-washy” amid concerns that the public has begun ignoring lockdown restrictions.

The Metropolitan Police Federation (MPF) said that, despite its assertions to the contrary, the Government is sending out mixed messages.

MPF’s Ken Marsh told BBC Radio 4 that authorities “needed to be firmer right from the beginning”.

He said: “It’s been quite wishy-washy how we’ve gone about it.

“Had we been very stringent from the off – it is painful, but it’s not overly painful in terms of what you’re actually being asked to do – then I think we would have a better result now.”

Health officials have said they fear Britons are starting to get complacent about the Covid-19 lockdown after traffic and mobile phone data revealed more people are on the roads and looking for directions.

Professor Stephen Powis, national medical director of NHS England, said on Saturday that “there was a little bit of concern” after the unseasonably warm weather drew big crowds to public spaces.

Scotland Yard sent officers on bikes to keep an eye on London’s Hyde Park, while North Yorkshire Police revealed that 50% of shutdown fines issued so far have gone to tourists visiting beauty spots in the area.