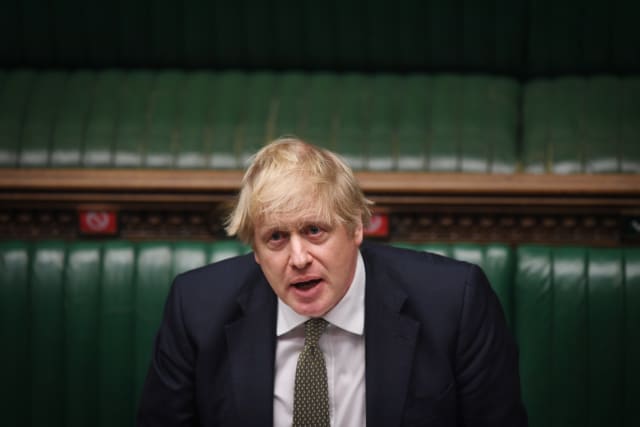 Boris Johnson will provide more detailed plans to gradually ease the coronavirus lockdown when the Government publishes its official guidance amid widespread calls for clarity.

The Prime Minister will also face MPs on Monday after offering his “first sketch of a road map” for restarting the economy and social lives in England.

He will give a statement to the Commons, with more information expected on a Covid-19 alert system, use of face coverings and the return of professional football.

In a broadcast from Downing Street on Sunday evening, the PM said a phased reopening of schools and non-essential shops in England could potentially begin from June 1 if transmission can be reduced.

And he said people who cannot work from home should be “actively encouraged” to return to their jobs from Monday, and he granted unlimited exercise in England from Wednesday.

Government officials said tennis, water sports, angling and golf would be permitted as long as social distancing was enforced.

And people will also be allowed to sunbathe or chat in English parks with one other person from a different household as long as two-metre distancing is maintained.

He relaxed his “stay home” slogan to instead tell people to “stay alert”, but had not consulted the leaders of Scotland, Wales and Northern Ireland – and they refused to adopt the new message.

The PM also faced calls for clarity on the measures from businesses, unions and police.

He said: “This statement raises as many questions as it answers, and we see the prospect of England, Scotland and Wales pulling in different directions.”

Primary pupils could go back to school in steps staggered by year groups “at the earliest by June 1”, with secondary pupils with exams next year to get some teaching time before the holidays.

The National Education Union, representing teachers, said the idea of reopening schools with the rate of infection as it is was “nothing short of reckless”.

Mr Johnson said he was hampered because the rate of transmission, or R, remained too high between 0.5 and 0.9 “but potentially just below one”, above which a rapid resurgence could follow.

But in the third step, “at the earliest by July”, he said ministers hope to reopen some of the hospitality industry, if the evidence supports the move and distancing can be enforced.

Business leaders and unions were calling for details on what protective equipment staff needed, distancing measures that needed to be in place and on Government support schemes.

However, Mr Johnson acknowledged he was giving just “the shape of a plan” in his address, and the Government is to publish a 50-page document in Parliament on Monday to fill in the gaps.

The PM also said he would take questions from the public in some form.

Further details are expected on plans to impose a 14-day quarantine on people flying into the UK and on a five-tier alert system to inform relaxation and strengthening of measures.