Give us clarity on lockdown, Johnson urged by police, unions and businesses 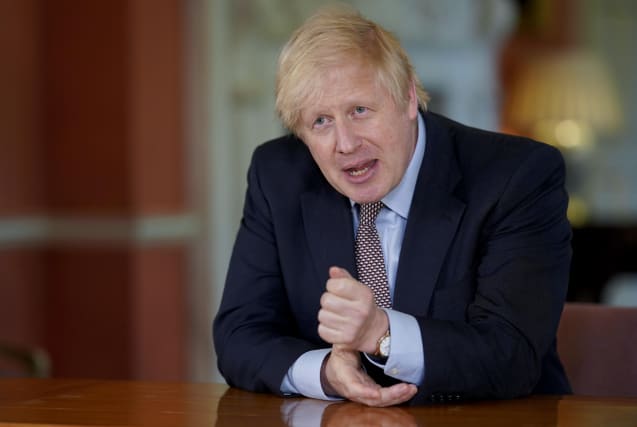 Boris Johnson is facing calls for clarity from police, unions and businesses in England after he set out “the first sketch of a road map” for easing the coronavirus lockdown.

In an address to the nation on Sunday, the Prime Minister said a phased reopening of schools and non-essential shops in England could potentially begin from June 1 if transmission can be reduced.

The PM said people who cannot work from home should be “actively encouraged” to return to their jobs from Monday and he granted unlimited exercise in England from Wednesday.

But – after provoking anger from leaders of Scotland, Wales and Northern Ireland who refused to adopt his “stay alert” slogan in favour of the “stay home” message – he was accused of failing to provide sufficient details.

He said: “This statement raises as many questions as it answers, and we see the prospect of England, Scotland and Wales pulling in different directions.”

Mr Johnson offered “the shape of a plan” to ease the lockdown he imposed on March 23 as he tries to restart the economy and social lives after official figures suggested the UK death toll passed 36,800.

He gave five phases of a “Covid alert level” that will be primarily influenced by the rate of transmission, or R, which he said is between 0.5 and 0.9 “but potentially just below one”.

“No, this is not the time simply to end the lockdown this week,” he said.

“Instead we are taking the first careful steps to modify our measures.”

The PM said he believes England may be in a position “to begin the phased reopening of shops” and get primary pupils back to school in steps staggered by year groups “at the earliest by June 1”.

He said the ambition is to get secondary pupils facing exams next year to have “at least some time with their teachers before the holidays”.

The National Education Union, representing teachers, said the idea of reopening schools with the rate of infection as it is was “nothing short of reckless”.

In the third step, “at the earliest by July”, he said that ministers hope to reopen some of the hospitality industry, if the evidence supports the move and distancing can be enforced.

But in an easing of measures, he said the once-daily limit on outdoor exercise in England would end on Wednesday.

Government officials said tennis, water sports, angling and golf would be permitted in England from Wednesday as long as social distancing was enforced.

People will also be able to drive to parks or beaches within the nation – but cannot cross the border to Wales or Scotland for leisure activities if different restrictions are in force.

As long as a two-metre distance is maintained, people will also be allowed to sunbathe or chat in a park with one other person from a different household, but fines for breaching the rules will be increased.

The Police Federation of England and Wales warned of “extreme pressure” being placed on the officers it represents by the relaxation of rules.

National chairman John Apter said: “What we need from the Prime Minister and the Government now is clear and unambiguous messaging and guidance, explaining what exactly is expected of the public, so that my colleagues can do their level best to police it.”

Mr Johnson said that, from Monday, “anyone who can’t work from home, for instance those in construction and manufacturing, should be actively encouraged to go to work”.

But workers should avoid public transport “if at all possible” because “we must and will maintain social distancing”, he added.

Jonathan Geldart, director general of the Institute of Directors, said: “As the Government begins to ask more people to return to work, it’s vital that the guidance is clear so that companies can plan how to return safely.”

With the PM yet to say how workplaces would be made “Covid secure” with social distancing measures and PPE, unions quickly struck out at the plans.

“The Government still hasn’t published guidance on how workers will be kept safe. So how can the Prime Minister – with 12 hours’ notice – tell people they should be going back to sites and factories? It’s a recipe for chaos.”

However, Mr Johnson acknowledged his address was just “the first sketch of a road map” and the Government is to publish a 50-page document in Parliament on Monday to fill in the gaps.

But before his address to the nation on Sunday evening, he provoked a row with the leaders of Scotland, Wales and Northern Ireland over his new “stay alert” slogan.

Scottish First Minister Nicola Sturgeon warned the messaging could be “catastrophic”, as each of the devolved administrations said they would keep using the stronger “stay home” slogan.

But while Ms Sturgeon said she did not want additional businesses to reopen and workers to resume their roles, the PM gave these steps the go-ahead in England.

Mr Johnson also said he was “serving notice that it will soon be the time” to impose a 14-day quarantine on people flying into the UK “to prevent reinfection from abroad”.

Two omissions from his speech were guidance over the use of face coverings to slow the spread of the disease and the reopening of garden centres, but the PM said he would set out more details in Parliament on Monday.

Chancellor Rishi Sunak was considering his next steps for the furlough scheme, which has seen the Treasury spend more than £8 billion paying salaries in order to prevent layoffs.