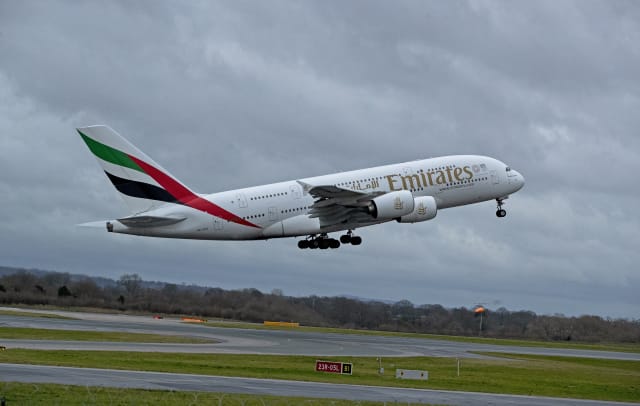 The Middle East’s biggest carrier, Emirates, has announced profits of 288 million US dollars (£232 million) for the past year, although revenue declined due to flight suspensions sparked by the coronavirus, offering a glimpse of the financial toll on airlines around the world.

The Dubai-based carrier said that although profits were up by 21%, revenue had dipped by 6% to 25 billion (£20.1 billion) for the financial year ending March 31.

The airline said the erosion of its revenue was mainly due to the suspension of flights in March because of the Covid-19 pandemic and planned runway closures at its hub in Dubai International Airport, which is the world’s busiest for international passengers.

The airline’s success is seen as a bellwether for Dubai’s own economy, which draws heavily from tourism and aviation. Before the pandemic, Dubai’s economic growth had already slowed down, with real estate prices in decline and companies freezing hiring of firing employees.

Dubai had been looking to Expo 2020, the World’s Fair, to attract new visitors and ignite its sluggish economic growth. It was set to host the six-month-long fair starting this autumn, but, like other major events around the world, it has been postponed until next year as the world grapples with the virus and stay-at-home orders.

In a sign of just how important Emirates Air is to Dubai, the government announced in late March that it will inject equity into the carrier, crediting its “strategic importance” to the economy of the United Arab Emirates. Like other Gulf Arab states, the UAE’s economy is in recession this year due to double blows from the pandemic and low oil prices.

The state-owned airline said it would not pay a dividend for this financial year after last year’s dividend of 136 million dollars (£109.6 million) to the Investment Corporation of Dubai. To trim costs, the airline has reduced salaries for its staff, with cuts ranging from 25%-50%.

Over the past 12 months, the airline said passenger traffic declined from 58.6 million passengers to 56.2 million.

Emirates was forced to ground passenger flights in March on orders from the UAE government. Limited flights have resumed since, mostly outbound for visitors and expatriate residents wishing to leave the country.