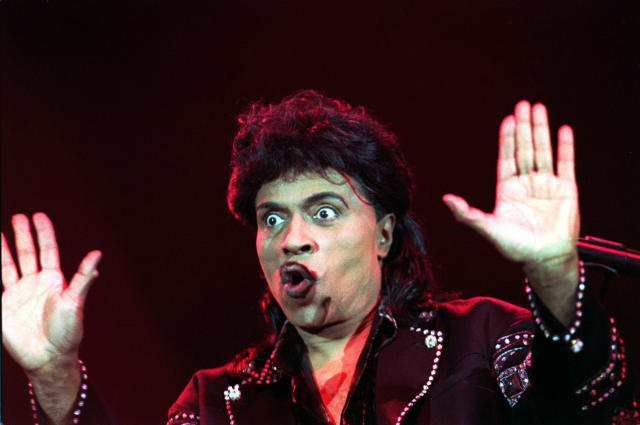 Sir Mick Jagger has led tributes to Rock ‘n’ Roll singer Little Richard following his death at the age of 87.

Little Richard, who inspired musicians including The Beatles, David Bowie and Sir Elton John, was a Rock ‘n’ Roll Hall of Famer and renowned for hits such as Tutti Frutti and Long Tall Sally.

Rolling Stones singer Sir Mick said he had “contributed so much to popular music”, adding that he would “watch his moves” to learn from them while they toured together.

Little Richard was “the biggest inspiration of my early teens” and his music still has “the same raw electric energy when you play it now as when it first shot through the music scene in the mid 50s”, he added.

Beatles drummer Sir Ringo Starr described Little Richard as one of his “all-time musical heroes”, while Chic star Nile Rodgers said his death represented “the loss of a true giant”.

The singer claimed to be the “architect of Rock ‘n’ Roll” while receiving a standing ovation at the 1988 Grammy Awards.

“I am the originator!” he added.

He was a major influence on The Beatles, who first met him when they were an up-and-coming young band playing in Germany.

Speaking in 2002, Little Richard said: “Paul (McCartney) would watch me every night when I was up on stage. Paul idolised me and admired my energy.

“The way you see Mick Jagger and Tina Turner walk all over the stage is what I used to do. That’s where they all got it from.”

The singer’s son, Danny Penniman, confirmed his death to Rolling Stone magazine, while the Associated Press was told by Pastor Bill Minson that the star died on Saturday morning.

Rolling Stone said Sir Elton told the magazine in 1973: “I heard Little Richard and Jerry Lee Lewis, and that was it. I didn’t ever want to be anything else.”

In an interview with Michael Parkinson, Bowie said Little Richard had been his “idol” when he was growing up.

Little Richard performed in three tours of the UK between 1962 and 1964, with The Beatles and the Rolling Stones serving as support acts.

John Lennon would later cover his songs Rip It Up and Ready Teddy on his 1975 album Rock And Roll.

He also enjoyed a successful film career, appearing in movies including Down And Out In Beverly Hills and Don’t Knock The Rock.

Little Richard, who was born in Macon, Georgia, during the Great Depression, was one of 12 children but was ostracised by his family because of his sexuality.

In 2002 he announced his retirement from live performing, although he continued to appear on television.