How might the four UK nations differ in easing the lockdown? 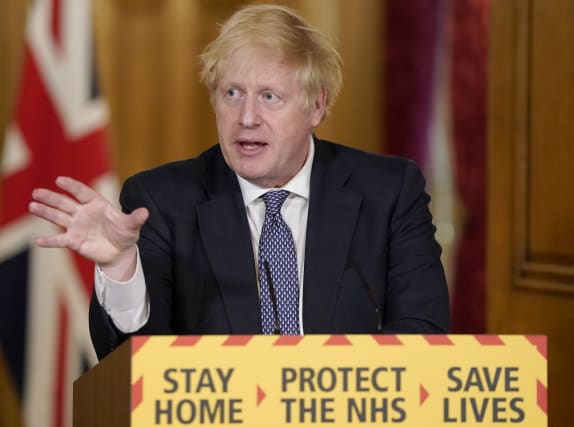 Boris Johnson will announce the next steps in the UK’s lockdown plan in a much-anticipated speech on Sunday.

But devolved governments in Northern Ireland, Scotland and Wales have power to make their own decisions on a number of matters, including health and schools.

Environment Secretary George Eustice said earlier this week the public should not get “worked up” that the four nations were choosing to announce changes at different intervals.

Plans reported around a 14-day quarantine of travellers coming into the UK would apply to the whole country, as immigration is not devolved to any of the four nations.

The measures, anticipated to be introduced by the end of the month or early June, would reportedly involve people entering the country being required to self-isolate at a private address for 14 days after arriving.

It has been suggested they would apply to people arriving from any country apart from the Republic of Ireland, although the ISU union – which represents borders, immigration and customs staff – said on Saturday morning they had not had any “particular information” on the plans.

So what matters are devolved in each nation and what different steps have they announced?

Mr Johnson is expected to announce that garden centres could reopen in England from Wednesday as long as social distancing measures can be enforced.

Education Secretary Gavin Williamson has said schools are set to reopen in a “phased manner” after the lockdown but he has yet to set a date.

Last month he said there were “no plans” to have schools open over the summer, meaning if they do not open before then, the earliest pupils are likely to return is September.

Pub chain Wetherspoon’s announced plans at the end of April to reopen its bars and hotels in June.

But both of England’s deputy chief medical officers have sought to play down the idea that pubs could reopen any time soon, when asked at a number of the daily Downing Street press conferences.

First Minister Arlene Foster has said there might be “nuanced changes” to be made to lockdown rules, giving the example of going out more for exercise in the open air.

Any “minor” adjustments are due to be announced next week.

At an executive meeting on Thursday, the coalition administration agreed to issue advice to people in Northern Ireland to wear face coverings in enclosed spaces where they encounter challenges with social distancing.

Devolved matters in Scotland include education, environment, health and social services, law and order, local government, sport, and the arts and tourism.

Police Scotland’s Chief Constable Iain Livingstone has already acknowledged different approaches to easing the lockdown in different nations “would make the policing role more challenging”, but he added he has confidence officers “will be able to respond to that”.

He dismissed the notion that road blocks would be set up in the event of Scotland and England easing coronavirus restrictions at different speeds.

First Minister Nicola Sturgeon has said the only change to current measures in Scotland will be allowing people to leave their house for exercise more than once a day.

She said while it may be that the four UK nations move at different speeds if data about the spread of the virus necessitates that, she expects any differences between the nations to be initially “quite minor”.

First Minister Mark Drakeford said on Saturday the Prime Minister’s announcement for England would be “very much in line” with the “very smallest” easing granted in his nation.

But he has firmly stated that schools will not reopen in Wales in June.

Some small adjustments to lockdown measures in Wales have already been announced and are due to take effect from Monday.

People will be allowed to exercise more than once per day, garden centres will be allowed to reopen as long as social distancing rules are in force and changes to regulations have been proposed to allow local authorities to begin planning how to safely reopen libraries and municipal recycling centres.

Some of the measures that have differed in Wales to date include stricter rules on hotels continuing to operate and the closure of holiday caravan sites, camping sites and certain public footpaths and land to deter large numbers of people who flocked to beauty spots in the early days of the lockdown.