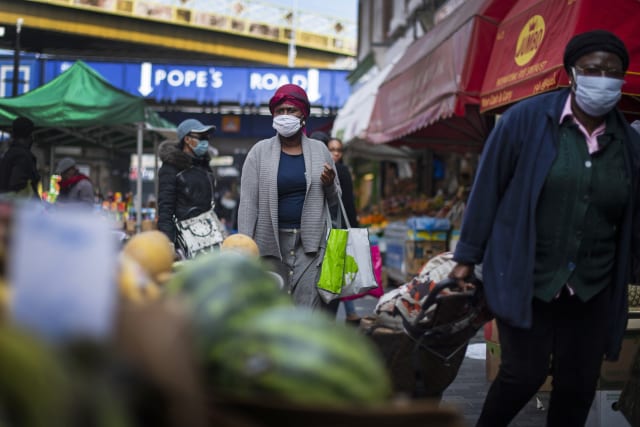 The Government is “very concerned” about the high number of coronavirus-related deaths among Britain’s black and ethnic minority communities and is “absolutely determined” to understand why it is happening, Transport Secretary Grant Shapps has said.

He spoke after Office for National Statistics (ONS) analysis this week suggested that black men and women are more than four times more likely to die with coronavirus than white people.

Mr Shapps was questioned at the Downing Street press conference about what practical advice and information the Government can give to this hugely anxious community who are seeing large numbers of people die. Many of those who have died are frontline workers.

Finding out exactly what is going on is “a very rapid piece of work”, according to Mr Shapps.

He added: “We owe it to everybody who has put themselves on the frontlines to find out exactly what has happened.”

Deputy chief medical officer Professor Jonathan Van-Tam said: “I just cannot tell you how urgent it is but I can also tell you that it is not so urgent that we want to make mistakes. We want to be very, very clear about the science with you.”

People of Bangladeshi and Pakistani, Indian, and mixed ethnicities also had an increased risk of death involving Covid-19 compared with those of white ethnicity.

The analysis looked at how coronavirus has affected different ethnic groups from March 2 to April 10, involving deaths registered by April 17.

As ethnicity is not recorded on death certificates, the ONS linked these to the 2011 Census which includes self-reported ethnicity.

After taking account of other factors, such as health, disability, household composition and area deprivation, black men and women were 1.9 times more likely to die with Covid-19 than those of white ethnicity.

“And that’s why I don’t want to come on here today, and offer you, kind of, silly quick fixes. This is a complex mixture of risk by age, risk by gender, risk by co-morbidities, other illnesses.

“There is an obesity signal beginning to emerge as well, and on top of that, and I’m absolutely clear, there is a signal around black and minority ethnic groups.

“No one, I think, is trying to brush that under the carpet or say it’s not there, but it is complicated.”