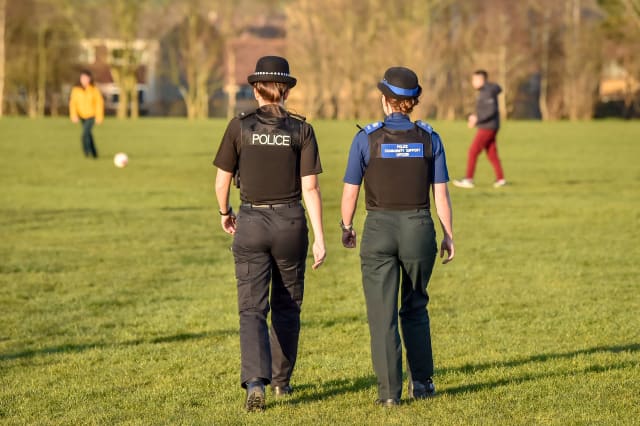 The UK looks likely to operate under slightly different lockdown rules next week after announcements by the leaders of the Welsh and Scottish Governments suggested deviation between nations.

These include allowing more than one form of exercise per day and permitting garden centres and public libraries to reopen.

In Scotland, only alterations to exercise guidance are expected, while those in Northern Ireland have been told there will be only “nuanced changes” to the clampdown on movement.

The announcements come around 48 hours before Boris Johnson is due to declare the result of the UK Government’s review into what rule changes should be brought in for England.

The Prime Minister has promised to exercise “maximum caution” when tinkering with the restrictions but paved the way this week for the devolved nations to move at “different speeds” when releasing the lockdown as long as “there is evidence that supports” the decision.

Culture Secretary Oliver Dowden looked to temper public expectations for the PM’s 7pm announcement on Sunday, stating “limited moves” will be made to ease the restrictions currently in place to stem the transmission of coronavirus.

PA understands that scientists believe the Government will not be able to lift lockdown measures yet as doing so could risk a second deadly wave of the disease, should people try to return to living their lives as before the restrictions were introduced.

Official data suggests more than 36,000 people have died with coronavirus in the UK since the pandemic broke.

On Friday, NHS England said a six-week-old baby with underlying health problems had died after testing positive for the virus, believed to be the youngest known victim in the UK.

Welsh leader Mr Drakeford announced that, as of next week, people west of Offa’s Dyke will be allowed to exercise more than once a day, garden centres will be able to reopen while following social distancing rules and councils can begin to plan to open libraries and recycling centres.

Those currently being advised to shield themselves from public interactions, including those aged over 70, should continue to do so, he added.

Mr Drakeford, giving a briefing in Cardiff, said: “I don’t believe that we will see anywhere in the United Kingdom anything other than the most modest of immediate changes.”

Asked to sum up his experience of  working with the UK Government during the pandemic, Mr Drakeford said it has been “a bit of a fits and starts experience” but added discussions have worked well with Westminster ministers.

In Scotland, First Minister Nicola Sturgeon said the “only change” being considered “in the immediate term” is on allowing longer than one hour of outdoor exercise a day.

Similarly Arlene Foster, her counterpart in Northern Ireland, told BBC Breakfast there will be only “nuanced changes” in the region.

During a morning broadcast round, Cabinet minister Mr Dowden reminded the public that social distancing rules have not been lifted for the bank holiday weekend, with the country on Friday marking the 75th anniversary of VE Day, when victory was declared in Europe during the Second World War.

The PM is set to unveil his “road map” for easing the lockdown in a broadcast to the nation on Sunday after he has convened his Covid-19 war cabinet.

Mr Dowden said the Conservative Party leader will explain the stages involved in getting the country working again now the peak rate of Covid-19 infections had passed.

The use of masks, PA understands, is expected to be referenced in the new guidance for England, which will be published in full on Monday.

Downing Street, in a briefing with reporters, said talks have commenced to see how transport services can be increased as measures are eased.

The Prime Minister’s official spokesman also suggested quarantining foreign visitors on their arrival in the UK is a measure being “looked at” now the domestic infection rate was decreasing.

The No 10 spokesman added: “I think ministers have said the issue of looking to ensure, as we really drive down transmission in the UK, that we are enable to ensure the virus is not being brought into the country from overseas is one they are actively considering.”

Speaking to BBC Breakfast, Mr Dowden warned if there is “any indication that things are starting to get out of control” following the lockdown easing, the Government “won’t hesitate to step back” and reimpose certain bans on interactions.

He added: “Expect limited moves to begin with and then, over time, if those are starting to work, we can start to go further and what we will be doing is setting out the different steps we could take further along the path so people know where we’re going.”

Labour leader Sir Keir Starmer has criticised the Government’s support for care homes, warning of traged where Covid-19 is spreading – a point made in an editorial to mark VE Day and the debt owed to the generation responsible for winning the battle against Hitler.

His plea for more action came after it emerged the R value – the number of people the average infected individual spreads the virus to – had risen to between 0.75 and 1.0 because of the situation in care homes.

But Mr Dowden said there is evidence the Government is getting a “grip” on the situation in care homes.