Second World War veteran, 102, tells PM: We did it for the world 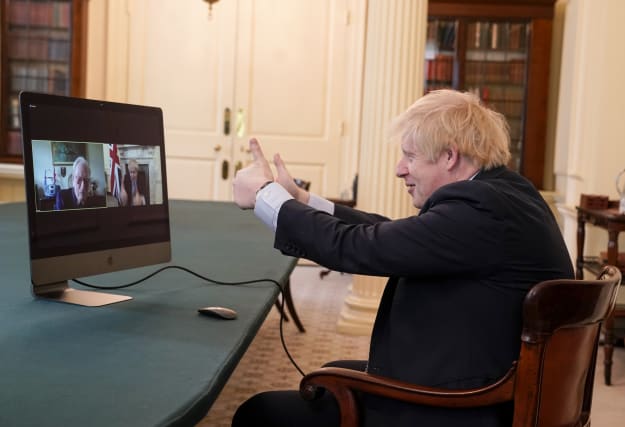 A 102-year-old Second World War veteran told the Prime Minister “we did it for the world” following the two-minute silence held to mark VE Day.

Ernie Horsfall, who celebrated his birthday last week and is one of the oldest surviving servicemen,  spoke to Boris Johnson over a Zoom call following Friday’s 11am commemoration.

Mr Horsfall, who served with the Army’s Royal Electrical and Mechanical Engineers (Reme) from 1940 to 1946 as a staff sergeant, said: “I was in Naples at the end of the war.”

He told the PM: “(It was) a big relief. There was no riotous living like being in London.”

Mr Horsfall served in the battle of El Alamein and joined the Desert Rats in the North Africa campaign after volunteering to join the Army.

Mr Johnson told him: “I’m honoured to talk to you… We owe everything to you guys and your generation.

“And if you hadn’t been there, if you hadn’t done what you did, it’s not just Britain but the whole of Europe would have faced a radically different future.”

Mr Horsfall said: “We did it for the world.”

The PM’s official spokesman told reporters that Mr Johnson said Mr Horsfall was “awesome” and a “credit to his generation” during the call, which lasted just over half an hour.

“He held a Zoom call with a veteran, an amazing guy by the name of Ernie Horsfall,” he said.

“He is 102 and one of the UK’s oldest surviving servicemen.

“Ernie served with the Army’s Royal Electrical and Mechanical Engineers from 1940 to 1946 as a staff sergeant.

“He was in Naples on VE Day, on the outskirts of the city along the Pompeii road, running workshops to repair and maintain tanks.

“He and the PM had a really lovely conversation, they spoke for just over half an hour.”