Queen’s message will resonate with nation in lockdown – royal expert 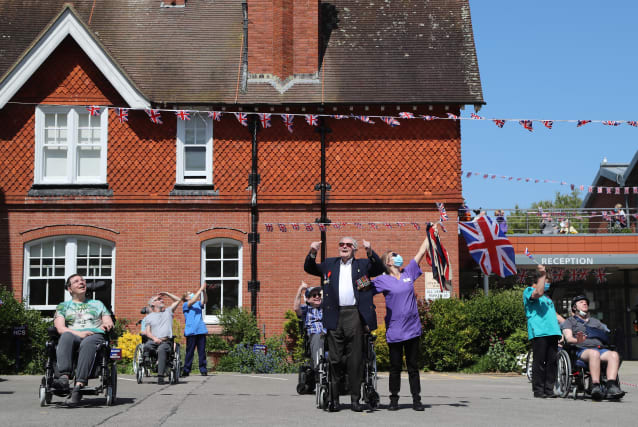 The Queen’s message to the nation as part of the VE Day anniversary celebrations will resonate with the public amid the coronavirus pandemic, a royal expert has said.

Joe Little, managing editor of Majesty magazine, said of the address: “This is as relevant today as it is for the occasion it’s commemorating 75 years ago.”

He added: “The Queen is the only surviving head of state to have served during the Second World War and this is an appropriate reaction to something that is so personal to her.”

The Queen tells of how the message on VE Day in 1945 was: “Never give up, never despair.”

“It very much resonates with the situation we find ourselves in right now,” Mr Little said.

“There are some remarkable similarities, where the Queen says ‘Never give up, never despair’.

“That was the message of VE Day but really that message can be applied to the present day.

“So clearly that must be what she had in mind when this was being drafted.”

The royal commentator highlighted the fact that 25 years ago the Queen was on the Buckingham Palace balcony with her mother the Queen Mother and sister Princess Margaret for the 50th anniversary of the end of the Second World War in Europe.

“You’d imagine her thoughts must be drifting back to that and clearly the same day in 1945,” Mr Little said.

The monarch would have been at the centre of the planned celebrations for the 75th anniversary – with a service at Westminster Abbey and an appearance at the palace – had the coronavirus outbreak not put an end to the major public commemorations.

Mr Little said: “The Queen would have been paying tribute to the veterans by watching them parade in front of Buckingham Palace.

“So clearly this is her gesture, her acknowledgement of the sacrifice that so many gave for our freedom today.”