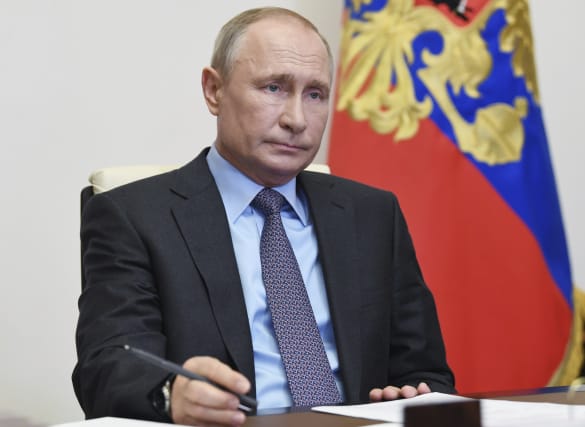 Boris Johnson has invited Russia to play a more integrated role in global efforts to develop a coronavirus vaccine.

The Prime Minister, during a phone call with President Vladimir Putin to mark the 75th anniversary of VE Day, suggested Russia take part in a global vaccine summit next month being hosted by the UK.

While Mr Johnson told the long-standing leader there remain “obstacles” in developing stronger bilateral relations between the two nations, he opened the door to working “together” to find an inoculation against Covid-19.

Relations between the UK and Russia have been under strain since the deployment of a military-grade nerve agent on an ex-Russian intelligence officer, Sergei Skripal, in Salisbury in 2018.

The MI6 informant and his daughter survived the Novichok attack but local woman Dawn Sturgess later died, with the incident leading to the expulsion of 23 suspected Russian spies.

UK and US security services warned hackers, who the Telegraph reported were understood to be state-backed by Russia and China, were targeting the NHS to steal coronavirus secrets.

Mr Johnson, during his call with Mr Putin, reflected on the nations’ Second World War links but said more needs to be done if closer ties are to be re-established.

“They paid tribute to the collaboration between British and Russian forces during the Second World War, including through the Arctic convoys, and to the heroism and sacrifice of all those who lost their lives.

“They also discussed the bilateral relationship between our countries.

“The Prime Minister was clear we should maintain dialogue but that obstacles to further progress remained.”

She added: “The leaders spoke about the coronavirus pandemic and agreed on the importance of continuing to work together and with other countries to defeat the disease.

“The Prime Minister invited President Putin to take part in the global vaccine summit that the UK will host virtually in June to strengthen healthcare systems and tackle coronavirus in some of the world’s poorest countries.”

During the daily briefing with reporters, the Prime Minister’s official spokesman was asked if Mr Johnson raised the issue of cyber-hacking of the NHS with Mr Putin.

The Number 10 spokesman said: “The primary purpose of it is to mark VE Day.

“The Prime Minister and President Putin met in January and the PM set out very clearly then what the UK’s position was on the relationship we have with Russia and what needs to happen before it can be normalised.”

Mr Johnson is due to speak to a number of other world leaders on Friday to remember the events of 1945, including German chancellor Angela Merkel and Polish prime minister Mateusz Morawiecki in the evening.