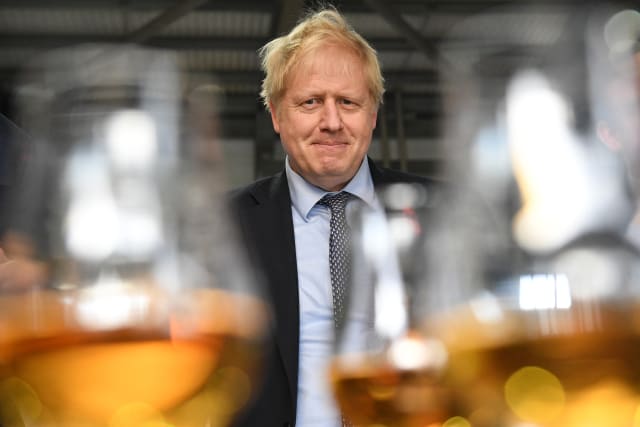 The Scotch Whisky Association has called for governments on both sides of the Atlantic to eliminate the tariffs on spirits ahead of trade talks between the UK and US.

Whisky exports from Scotland to America fell by 26.8% in the last three months of 2019 after Donald Trump’s government introduced tariffs of 25% on the spirit in retaliation for EU subsidies to Airbus.

The European Union has also imposed a 25% tariff on American whiskey, with exports to the EU falling by 27% during 2019.

But with Britain beginning post-Brexit trade deal talks with the US this week, the Scotch Whisky Association (SWA) has urged the two sides to drop the tariffs.

SWA chief executive Karen Betts said: “We are very pleased that formal trade negotiations have begun between the UK and the US governments.

“Now more than ever, keeping trade free, fair and flowing will be key to the UK’s recovery as we grapple with the human and economic costs of Covid-19.

“The difficult situation we are in on tariffs has now become much harder as our industry copes with the impact of the Covid-19 crisis too.

“With lockdowns across the US and Europe – critical for slowing the spread of the Covid-19 and saving lives – bars, restaurants and other venues have closed, which is very serious for the fabulous hospitality businesses we have worked with for many years and the people who work in them.

“In these difficult times, trade disputes and tariffs are compounding the damage to businesses.

“Scotch whisky and American whiskey distillers, bars and restaurants need to find ways through the human and economic crisis brought on by Covid-19. Removing tariffs on whiskies would be very significant for us right now.

“So we are urging the negotiators to reach an agreement to remove all tariffs on whisky. In doing so, they will help ensure that our industry can make our full contribution to economic recovery.”

Speaking on a visit to a distillery near Elgin, Moray, in November, Mr Johnson said he “interceded” with Donald Trump to get the tariffs dropped.

He said: “Once we come out of the EU, once we get Brexit done, those tariffs will no longer apply to this country.

“But we’re hoping to get rid of them even sooner than that, and I’ve certainly asked the president to lift them.”

The figures, compiled by the Scotch Whisky Association from HMRC data, suggested growth was driven by value increases of 9.8% and 11.3% in Asia and Africa respectively.

Exports to the US grew in value by 2.8% during the whole of 2019 but figures for the last three months of the year – when the president imposed the tariffs – show a 25% drop.

While the US remained the Scotch whisky industry’s most valuable market, export volume fell by 7% to 127 million 70cl bottles.