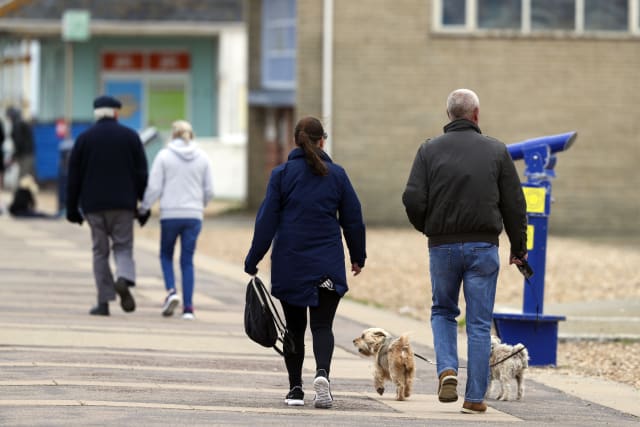 Speculation on how lockdown measures may be lifted in England risks sending “mixed messages” to people in other parts of the UK, the Welsh Government has said.

The statement followed reports that Prime Minister Boris Johnson is set to ease restrictions on Sunday.

It stressed that Wales’s First Minister Mark Drakeford would announce the outcome of the Welsh Cabinet’s discussions on the lockdown “in due course”.

The Welsh Cabinet met on Thursday morning and was due to meet again in the evening to discuss the restrictions, which have been in force since March 23.

On Thursday, Public Health Wales said a total of 10,062 people have died after testing positive for coronavirus, an increase of 18 on Wednesday.

“It is crucially important that the people of Wales are informed clearly and accurately about what, if any, changes are made to the current stay-at-home restrictions,” a Welsh Government spokesman said.

“Some of the reporting in today’s newspapers is confusing and risks sending mixed messages to people across the UK.

“The First Minister of Wales will announce the outcome of the Cabinet’s decision in due course.”

He said the message for the bank holiday weekend remained to “stay home, protect the NHS, save lives”.

MP Liz Saville Roberts, the Westminster leader of Plaid Cymru, said she had emphasised to Mr Johnson that any changes to lockdown must be agreed by the four UK nations.

She spoke to the Prime Minister during a cross-party telephone conference at 12.30pm on Thursday.

“I emphasised to Boris Johnson that if his commitment to the four nations of the UK is to mean anything, the Welsh, Scottish and Northern Irish governments must agree to any changes to the current approach,” she said.

“The current lack of clarity is leading to huge anxiety and potential issues of people believing changes are being made ahead of this bank holiday weekend when they are not.”

Ms Saville Roberts stressed that it is a “national emergency” and not a national holiday, adding that Mr Johnson must resist the urge to move too quickly on lifting lockdown measures.

On Wednesday, Mr Drakeford warned that the crisis in Wales was “certainly not over” despite encouraging signs.

He told the Senedd the rate of spread in Wales remained “close to the level that could put us back in danger”.

In a press conference on Thursday, Andrew Goodall, chief executive of NHS Wales, said there had been fewer than 200 new confirmed cases of coronavirus each day over the past 10 days.

There are 677 people in hospital in Wales with confirmed Covid-19 and a further 343 suspected cases.

Of those previously admitted to hospital, around 2,800 people have recovered and been discharged.

“But it is important that we remember all those who sadly lost their lives and our thoughts are with their families and friends,” Dr Goodall said.

“The human cost of this crisis is both profound and unmeasurable.”

Dr Goodall said he had asked health boards across Wales to develop plans detailing how they would deal with any future increase in coronavirus cases.

He told the briefing the reproduction rate – the number of new cases linked to a single individual – is currently less than one in Wales.

Education minister Kirsty Williams confirmed the lockdown situation would not change for schools in Wales on June 1.

In a video posted on Twitter, Ms Williams said there had been “a lot of speculation” on what may be announced regarding schools in England this weekend.

She told parents and teachers they would hear directly from the Welsh Government on any decisions made for Welsh education.

“Any decision to increase the operation of schools will be communicated well in advance,” Ms Williams said.

“We are working closely with local authorities to ensure that schools are supported in this preparation work.”

She added that Wales would be guided by the “very latest scientific advice”, and would only consider allowing more pupils and staff into schools when it was safe and social distancing measures could be followed.