Savid Javid: Economy should open ‘as far and as quick’ as possible 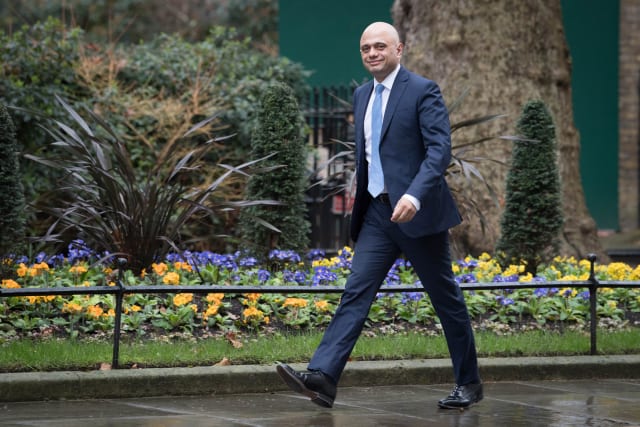 The Government should open up the economy “as far and as quick” as possible to recover from the economic impact of coronavirus, former Chancellor Sajid Javid has said.

It follows warnings from the Bank of England that Covid-19 could lead to the economy plunging 14% this year in the worst annual fall since records began.

Mr Javid, who left his post in Boris Johnson’s government in February, said scientific advice needed to be acted upon, but the best course of action was “running the economy hot”.

Official data suggests more than 36,000 people have died with coronavirus in the UK while the number of cases has topped 200,000.

Speaking to Sky News, Mr Javid said the Government was right to put the public health first but this had led to economic issues and a balance needed to be struck.

“We’re going to have to co-exist with this virus for many months, if not potentially years. But we’ve got to find a way forward and that does mean you’re relaxing, as much as you can,” he said.

“Running the economy hot you could say, in a way that you are trying to take into account, not just the sort of necessity to control the virus, but also the wider impact on society.”

Amid ongoing pressure for the Government to ease lockdown measures, Mr Johnson is due to address the nation on Sunday with a road map out of restrictions.

But speaking at the No 10 daily press briefing on Thursday, Foreign Secretary Dominic Raab said any short-term changes in the restrictions announced by the Prime Minister would be limited in their nature and depend on the reproduction number – the R – of the virus.

And Mr Javid suggested different groups may have to abide by different regulations until a vaccine was found.

“It might be the case that in the future we can find a way that we focus our protection on those that are most vulnerable, those that have underlying illnesses but give more freedom to, let’s say, younger people, so they can get on with their lives and at the same time help the rest of us by rebuilding our economy which benefits everyone,” he said.

“We’re learning all the time but we shouldn’t rule out an option that focuses on protecting the most vulnerable but gives more freedom to others.”