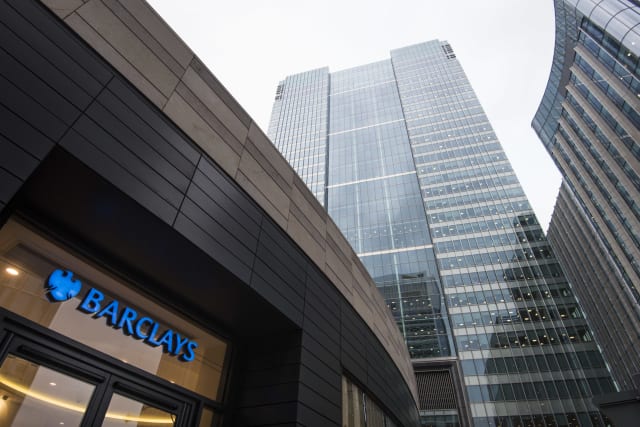 Protesters have demanded that Barclays pulls all its funding for fossil fuels as the bank held a vital vote to determine the future of its environmental strategy.

ShareAction, a charity that campaigns for responsible investment, proposed a resolution which would force bosses to phase out support for fossil fuels.

In response, Barclays put forward an alternative proposal to make the bank emissions neutral by the middle of the century.

ShareAction and its supporters have said they will vote for both, while Barclays has dismissed the activists’ proposal as unworkable.

Chairman Nigel Higgins warned that the investor proposal – Resolution 30 – does not pass the test of being “understandable, practical and deliverable”.

“In addition, the ShareAction resolution does not, in our opinion, pay sufficient attention to the importance of energy transition, and nor does it encompass the ‘net zero by 2050′ ambition, which is a key feature of the board’s resolution and the leading role that Barclays wishes to play in tackling climate change,” Mr Higgins added.

However, the investor group in turn questioned some elements of the board’s plan, despite pledging to vote for it.

Jeanne Martin, campaign manager at ShareAction, says: “Barclays’ ambition, while a positive result for investor engagement, leaves a lot of unanswered questions about the bank’s harmful financing activities in the short-term since it fails to commit to phase out support for fossil fuels. Voting for both resolutions is a way for investors to guarantee Barclays joins the dots between its long-term ambition and its current fossil fuel financing activities.”

Several institutional investors, including the Local Authority Pension Fund Forum (LAPFF), M&G Investments and EOS1, the stewardship provider at Federated Hermes, have said they will support both resolutions.

Results are expected later on Thursday.

During the annual general meeting, chief executive Jes Staley revealed the bank has approved 5,270 loans worth just over £1 billion as part of the Government’s coronavirus business interruption loan scheme (CBILS).

It also approved around £670 million worth of lending to 20,000 small businesses in the first day the bounce back loan scheme was offered on Monday.

“Behind those numbers are stories of businesses and jobs surviving this crisis,” Mr Staley said.

Mr Higgins said the bank was still committed to delivering a return on tangible equity “consistently above 10%”. However, he admitted this would be “much more difficult to achieve” in present conditions.

Mr Higgins added: “We have done a lot of thinking recently about how we can make a real and positive difference to society, and I think this has informed the way in which the bank has responded to the current crisis and to customers and clients.

“This also extends to our role in the preservation of our external environment. Barclays can and should play a leading role in tackling climate change. The size and scale of our business means that we can really help accelerate the transition to a low-carbon economy.”