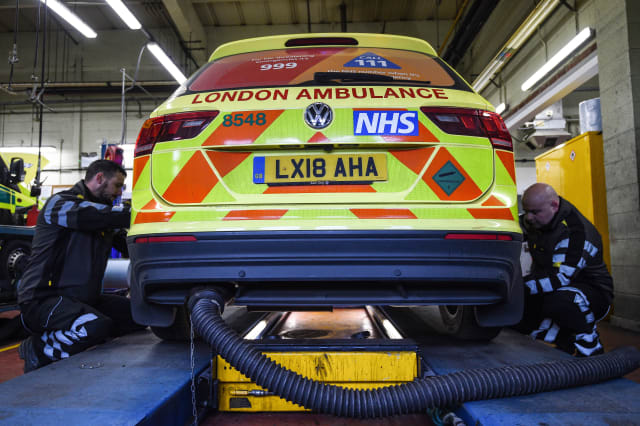 Investors breathed a sigh of relief on Wednesday as breakdown specialist AA said it was expecting a milder hit than many had feared from the coronavirus crisis.

The company said that it expects that this year will only be “slightly below” the last financial year.

During that year, which finished at the end of March, profit before tax more than doubled at the company, reaching £107 million.

Meanwhile revenue ticked up 2% to £995 million, AA revealed on Thursday, as it was not until April that the pandemic truly started to impact its business.

“The business continued to perform in line with our expectations through February and March of this year but as we entered April we started to see greater variance as a result of Covid-19,” said chief executive Simon Breakwell.

Around 20,000 NHS workers have signed up to the free breakdown cover that the AA has offered them during the coronavirus outbreak, Mr Breakwell revealed. So far around 3,500 have used it.

The company also revealed that many drivers are finding that their idle car batteries, unused because of the lockdown, are needing to be replaced.

Normally batteries account for 16% of callouts the AA deals with. That has gone up to 43% during the crisis.

Analysts at Citi said that just the fact AA is able to guess what the coming year will be like is good news.

“We see the fact that the management team is confident enough to issue guidance at this stage as reassuring,” they said.

Mr Breakwell added: “Given the recurring nature of many of our income streams, the benefit of the actions already taken and our flexibility to adjust to further changes in trading, we currently expect our performance this year to be robust in the circumstances and only slightly below that of the 2020 financial year.”