Prince of Wales to lead national silence on VE Day 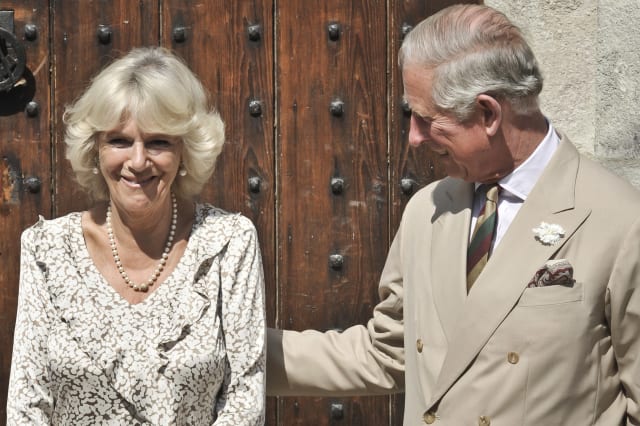 The Prince of Wales and the Duchess of Cornwall will lead the national two-minute silence at 11am on Friday as the UK honours the sacrifice of servicemen and women 75 years after the end of the Second World War.

Charles and Camilla will be broadcast on TV and radio paying their hushed respects from a location in Scotland, where they are currently isolating in Birkhall, on the Balmoral estate, in Aberdeenshire.

It will herald the start of nationwide celebrations for Victory in Europe (VE) Day, which will take on an unfamiliar feel as street parties and swarming parades give way to garden picnics and commemorative TV, online, and radio events.

Charles is also due to read extracts from his grandfather King George VI’s diary from May 8 1945, reflecting on the surrender of Nazi Germany after six long years of war.

The broadcast will include descriptions of the royal family’s famed appearance on the balcony at Buckingham Palace along with Sir Winston Churchill and the then-king’s relief that the conflict had ended in Europe.

Dame Vera Lynn, the 103-year-old singer dubbed the Forces’ Sweetheart, said the lockdown-constrained celebrations should “serve as a reminder that however hard things get, we will meet again”, echoing her most famous wartime lyric.

Despite social distancing measures, the public are being urged to join festivities remotely, taking part from their gardens, living rooms and join Dame Vera in singing her classic We’ll Meet Again from their front doors and windows.

The hundreds of cancelled public celebrations would have taken place in glorious sunshine, as much of the UK is forecast to be under clear blue skies over the VE Day bank holiday with temperatures expected to soar up to 26C (78.8F) in parts.

In the evening, the Queen will address the nation in a televised message at 9pm – the exact moment her father, King George VI, gave a speech over the radio three-quarters of a century earlier.

VE Day was originally marked when then-prime minister Sir Winston Churchill announced on the airwaves at 3pm on May 8 1945 that the war in Europe had come to an end after Nazi Germany surrendered.

Spontaneous celebrations broke out across the country, with thousands of people spilling onto the streets to mark the end of a conflict which defined an era.

Extracts of Sir Winston’s famous victory speech are also due to be rebroadcast at 3pm on Friday.